While ferrying from Archerfield to Townsville on Thursday, June 18 - Queensland Government (QGAir) Rescue Bell Helicopter 412 VH-ESD made stops at Gladstone and Mackay to take onboard fuel during the northbound trek.

Manufactured in 1991 and powered by a single Pratt & Whitney PT6T-3 turboshaft, VH-ESD is a Townsville based helicopter however had presumably spent time at Archerfield to undergo deeper level maintenance.

Photo's featured in this post depict VH-ESD passing through Gladstone during a similar journey in August 2014. 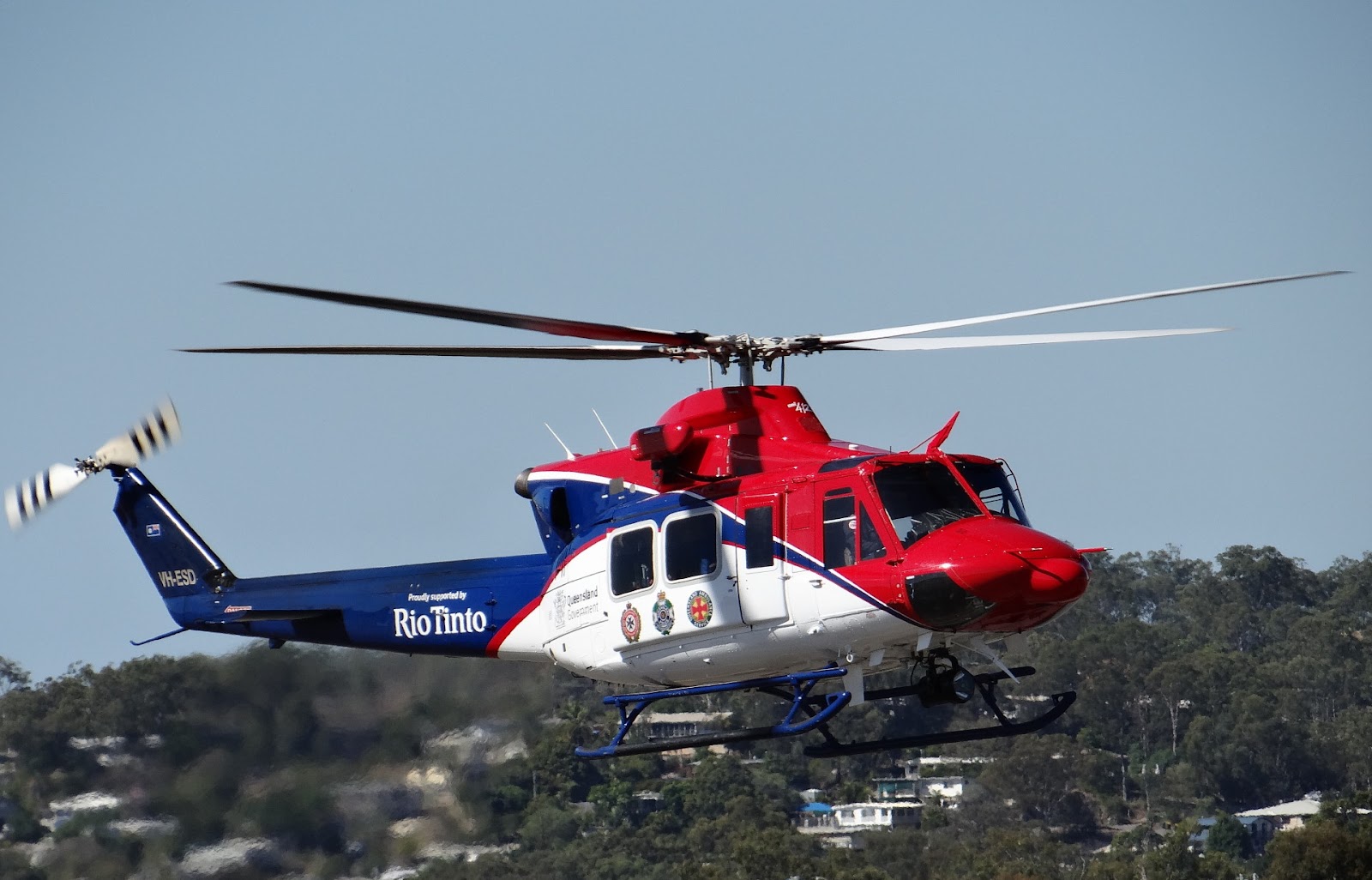 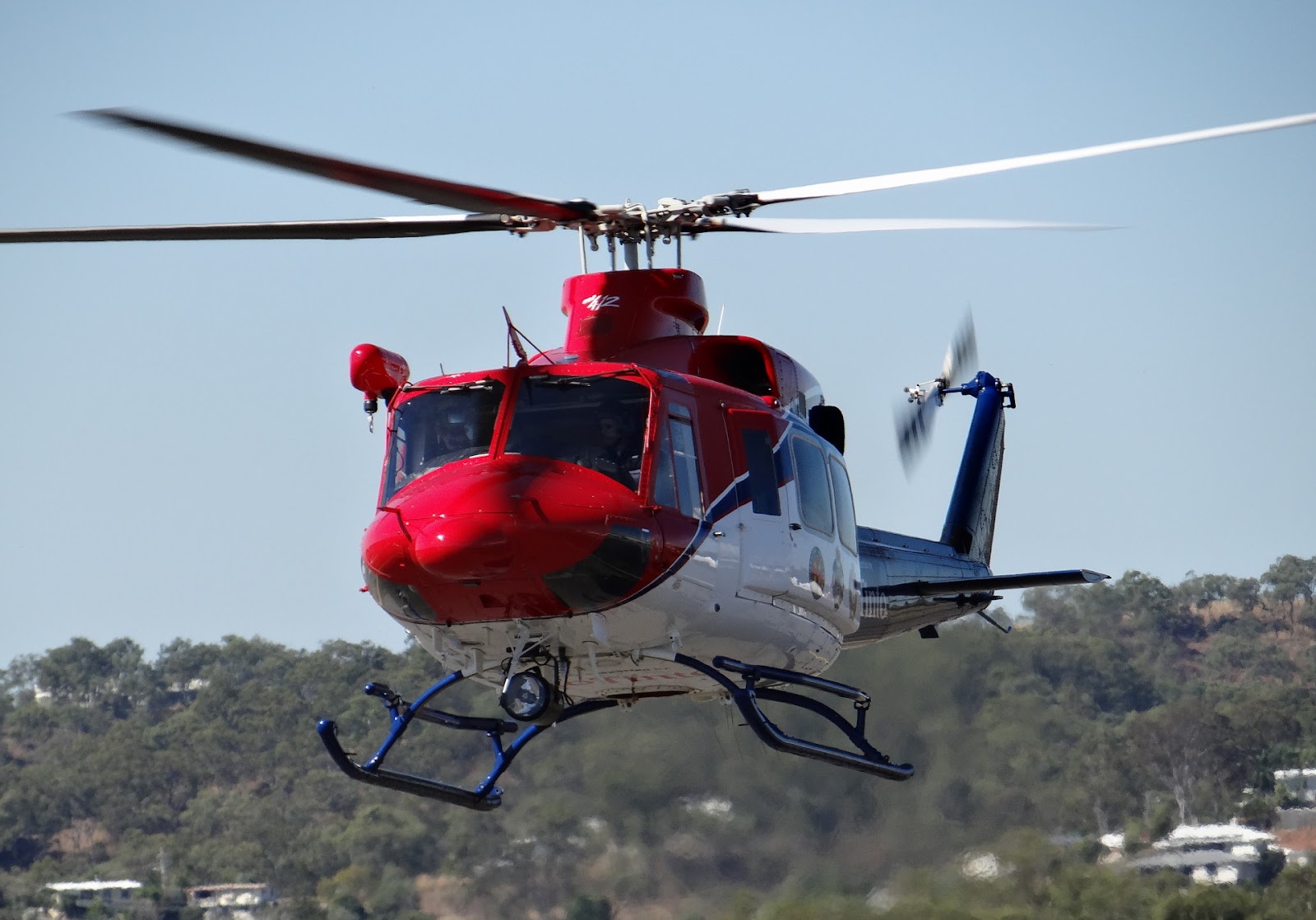 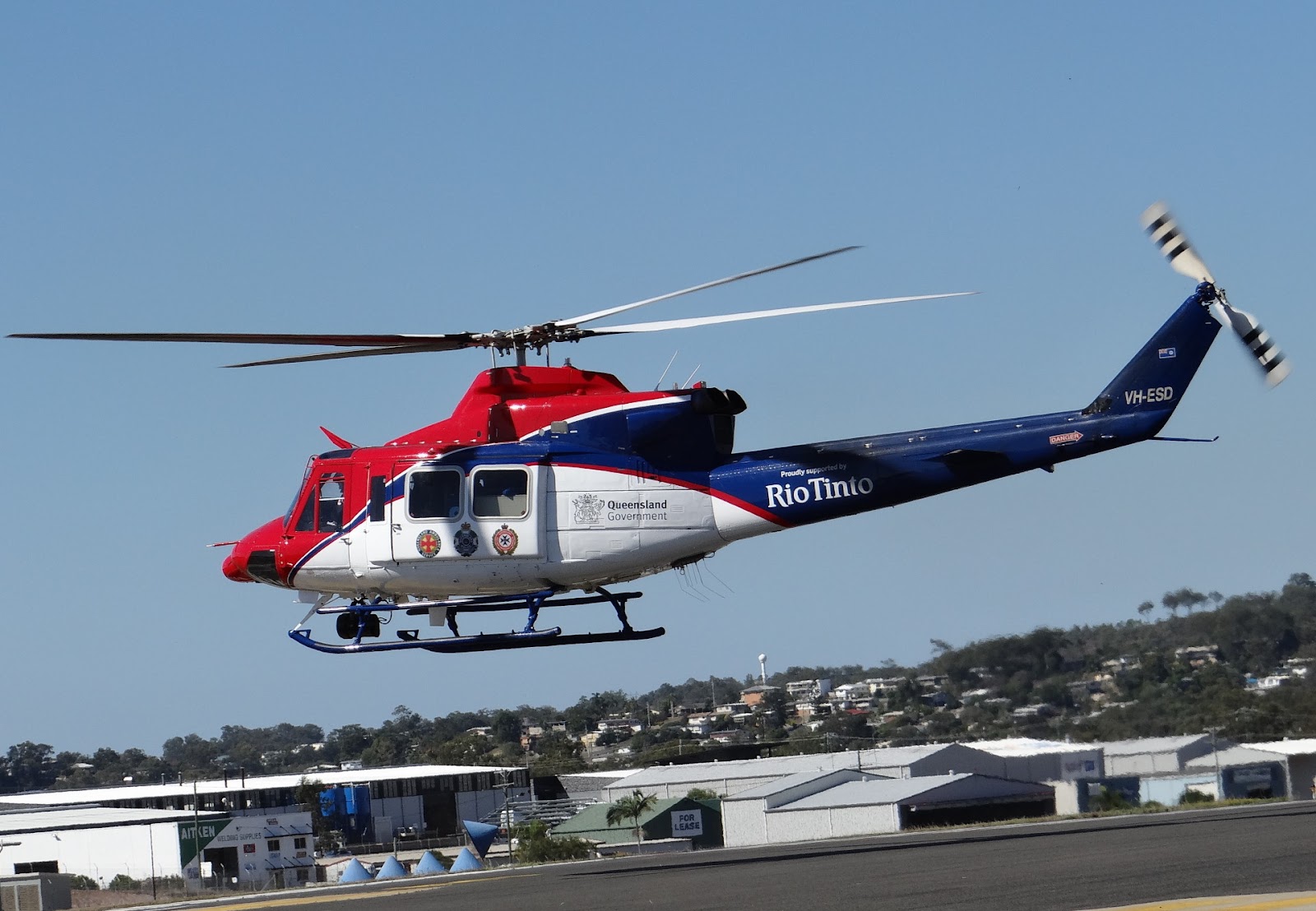 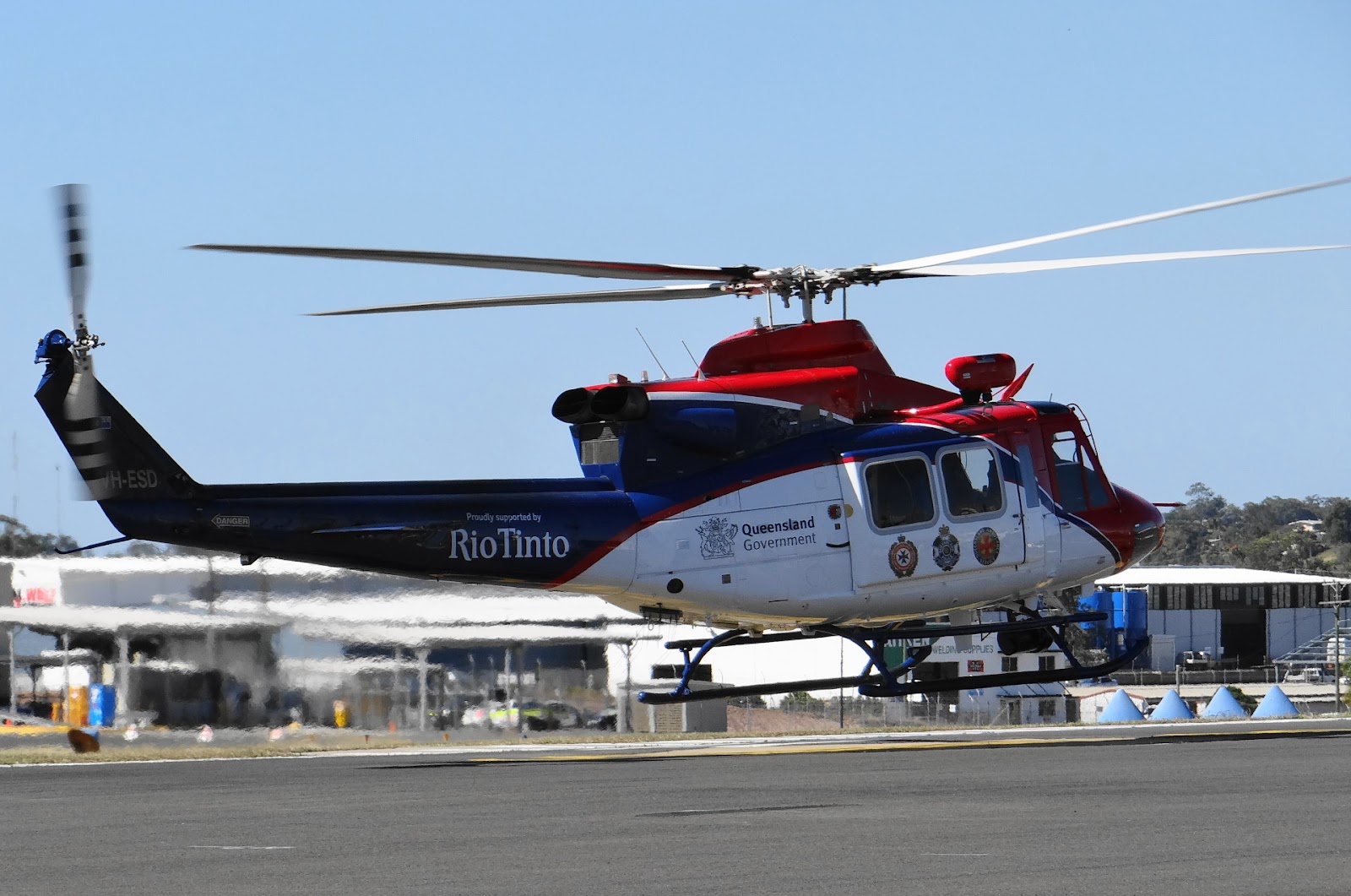 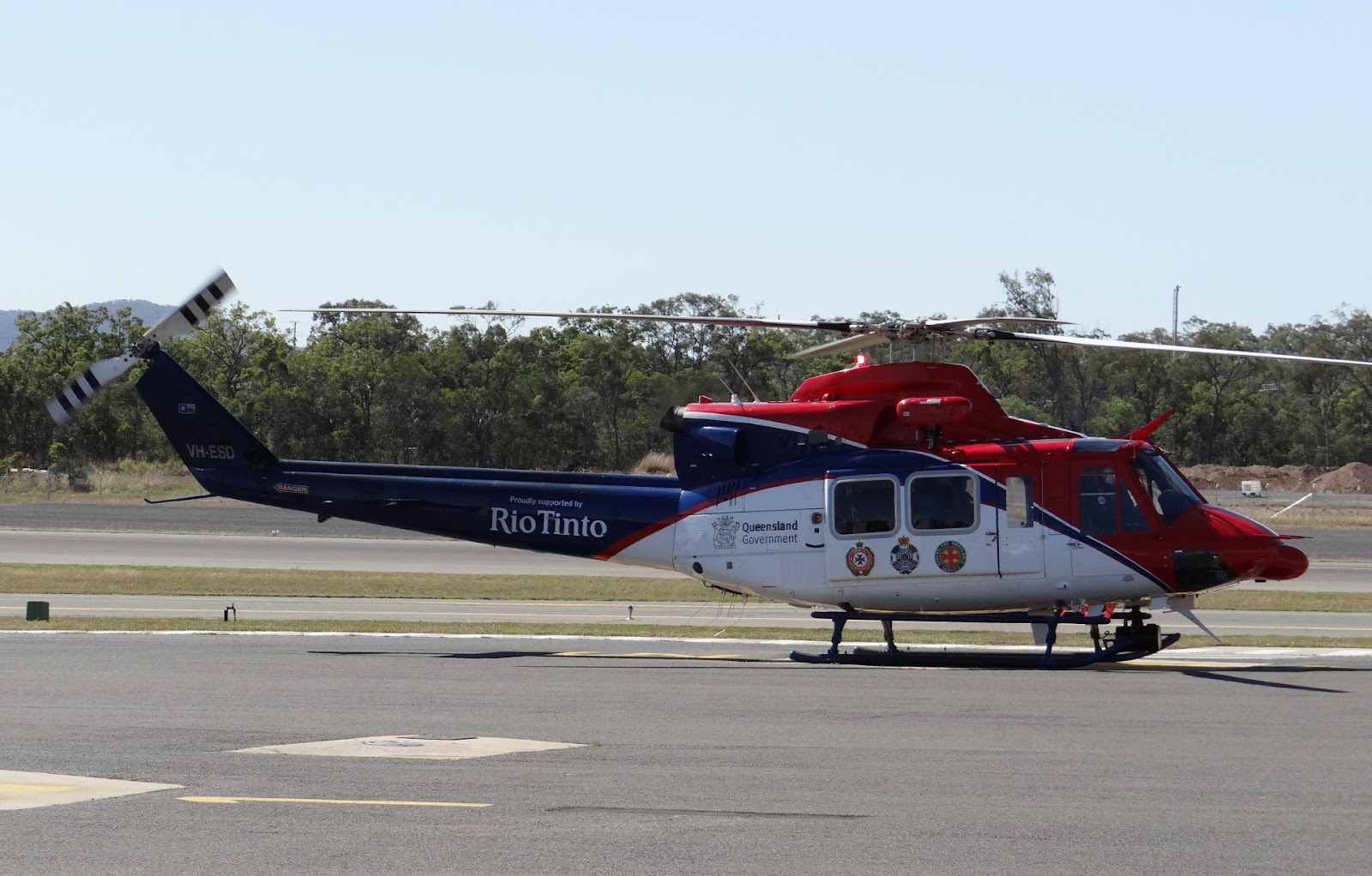 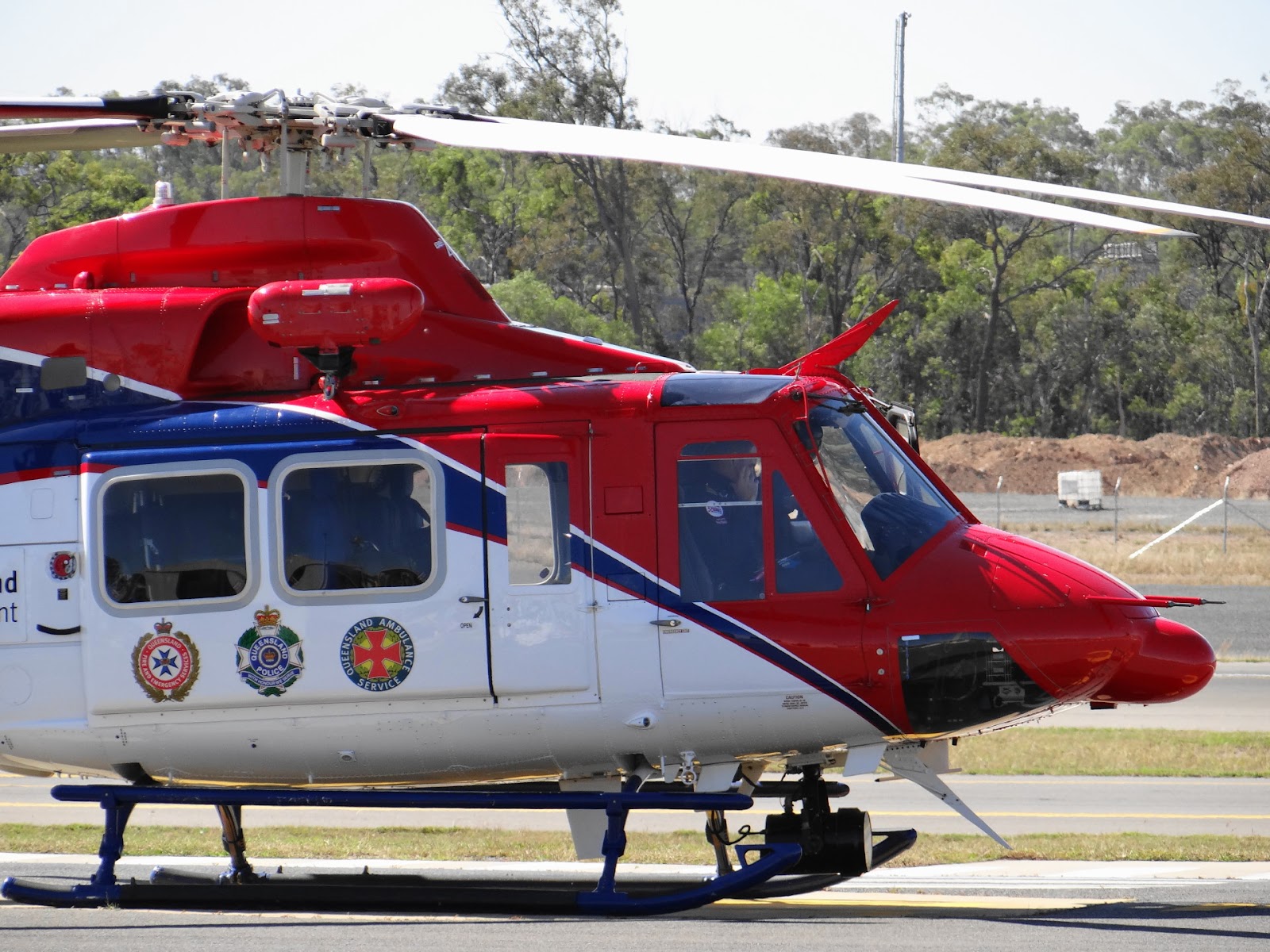 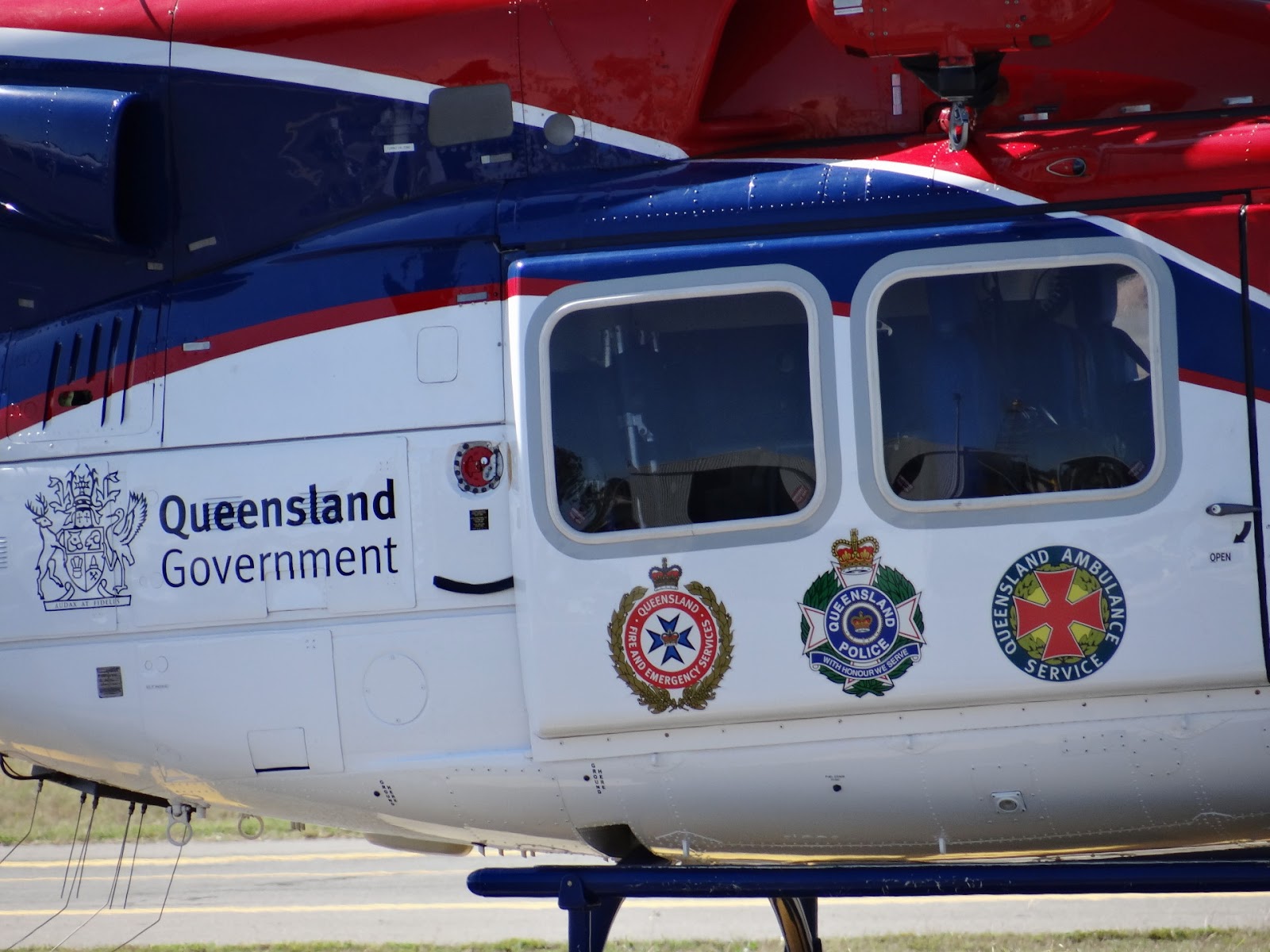 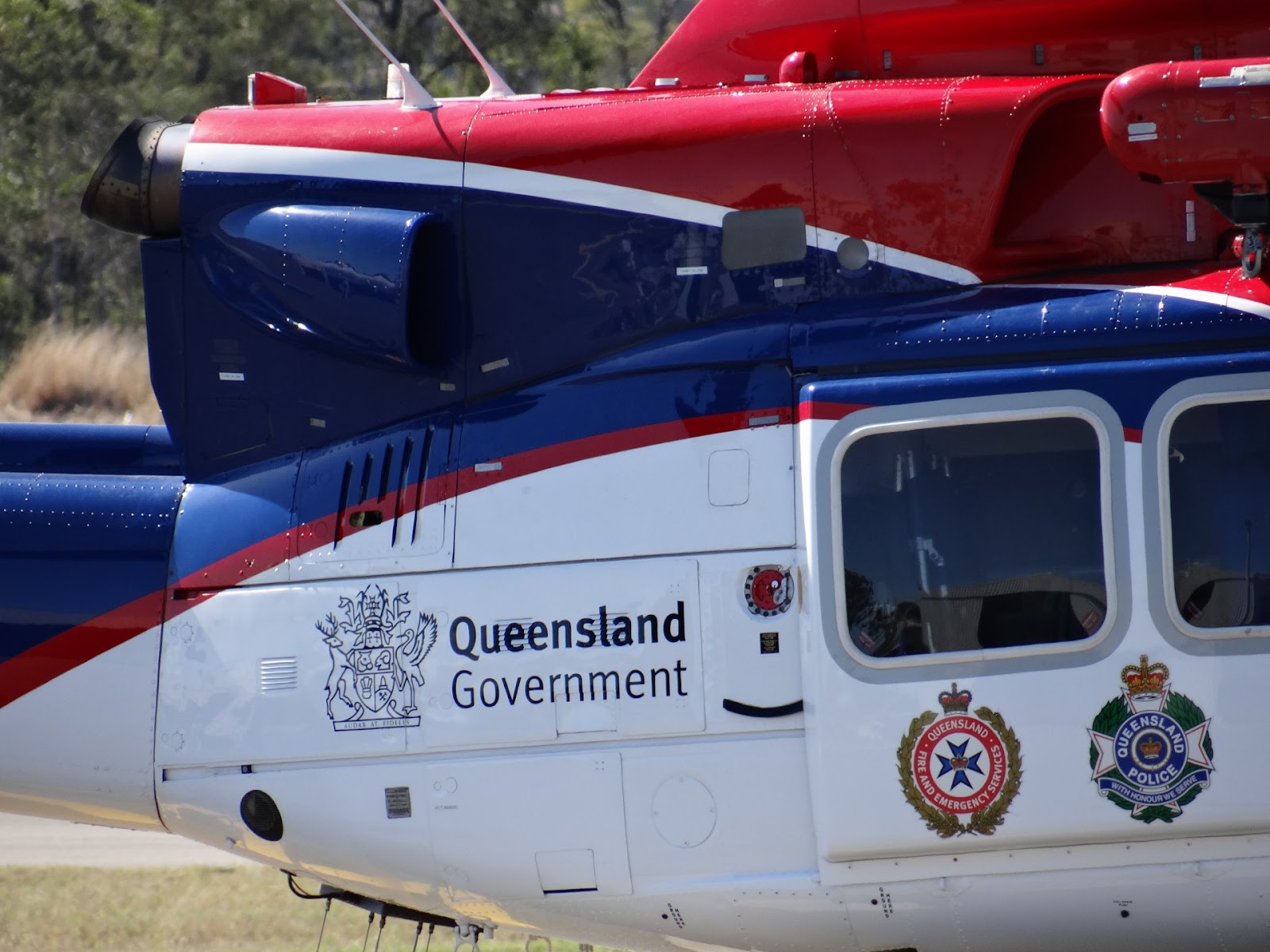 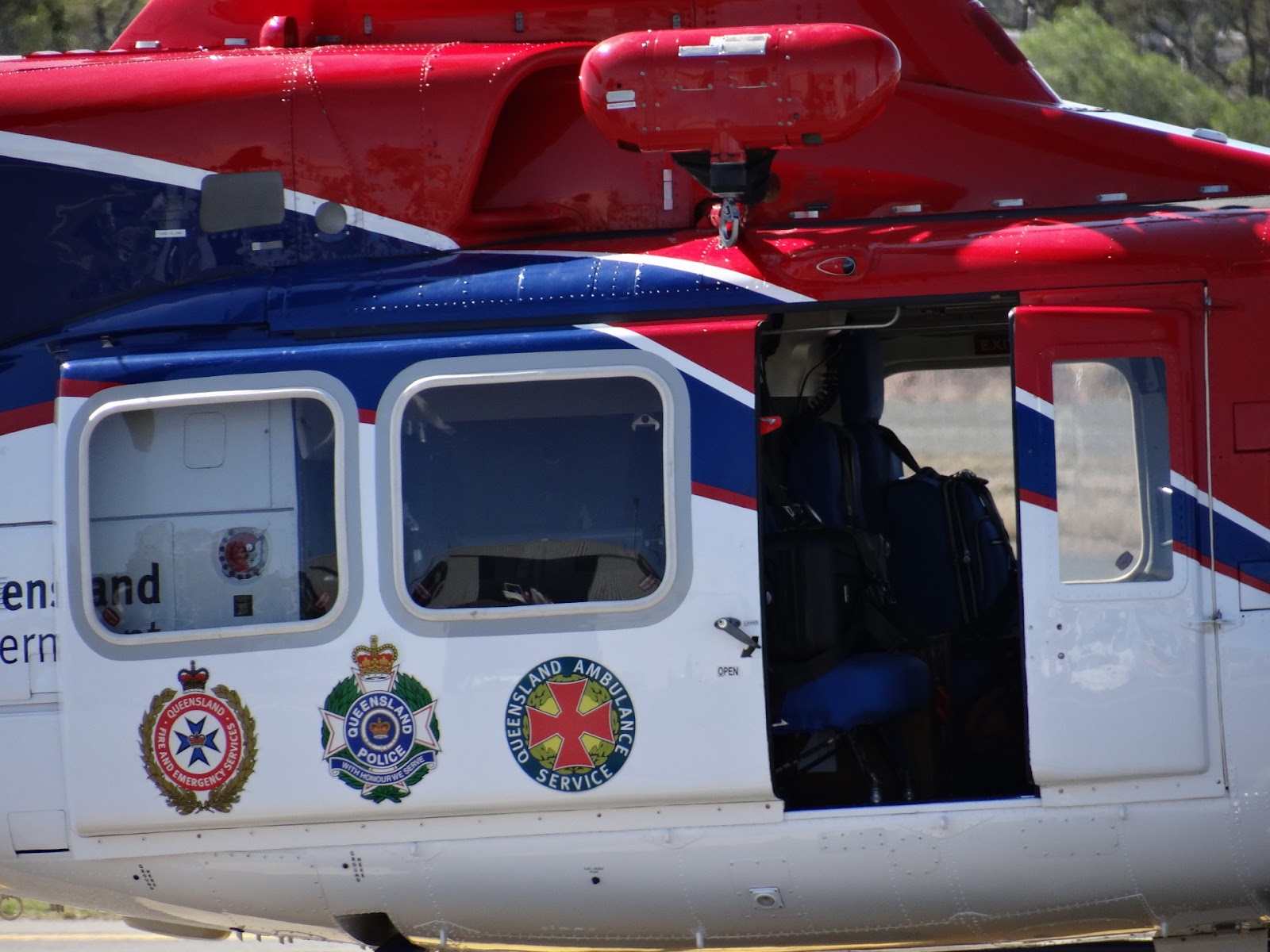 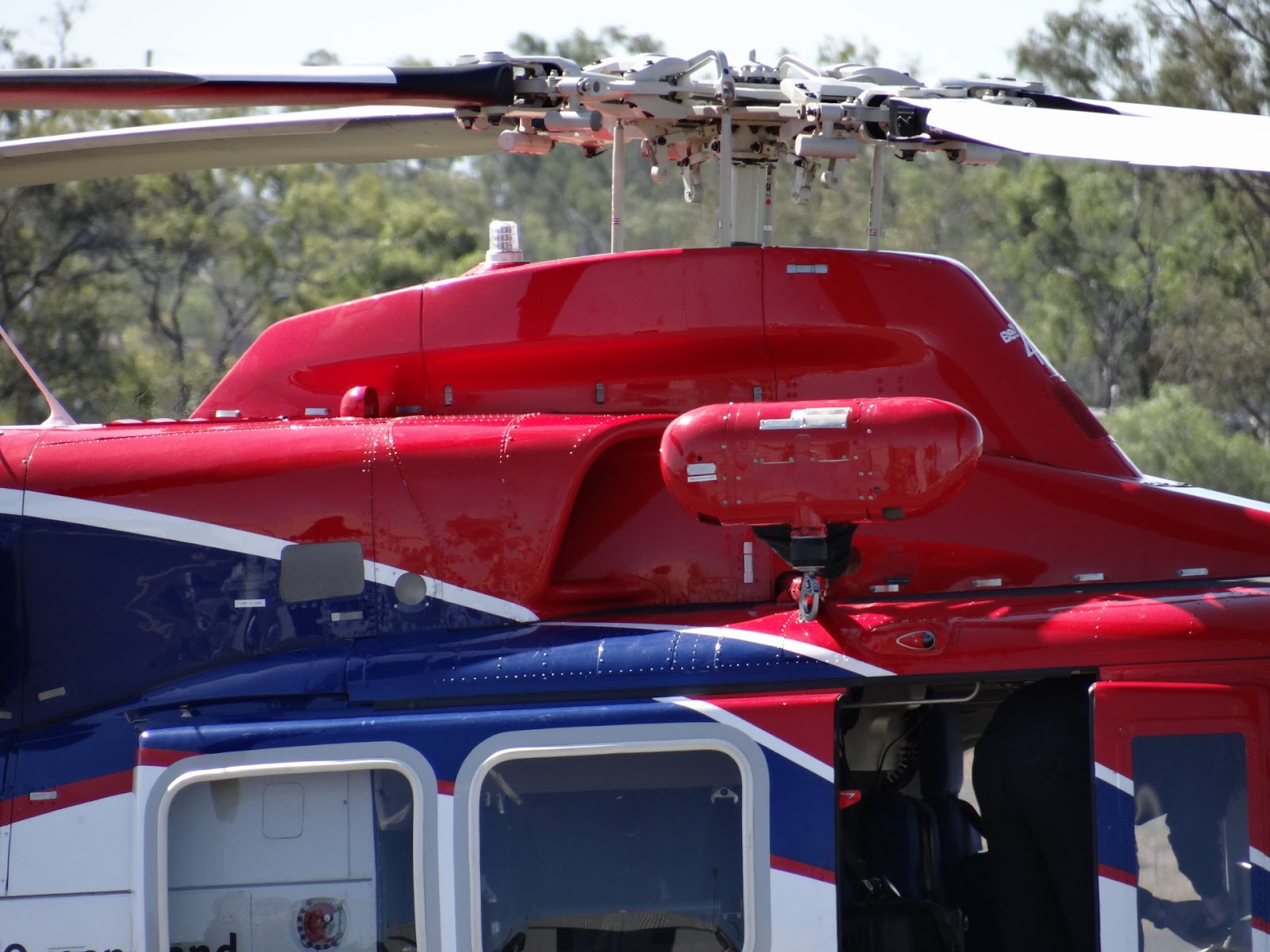 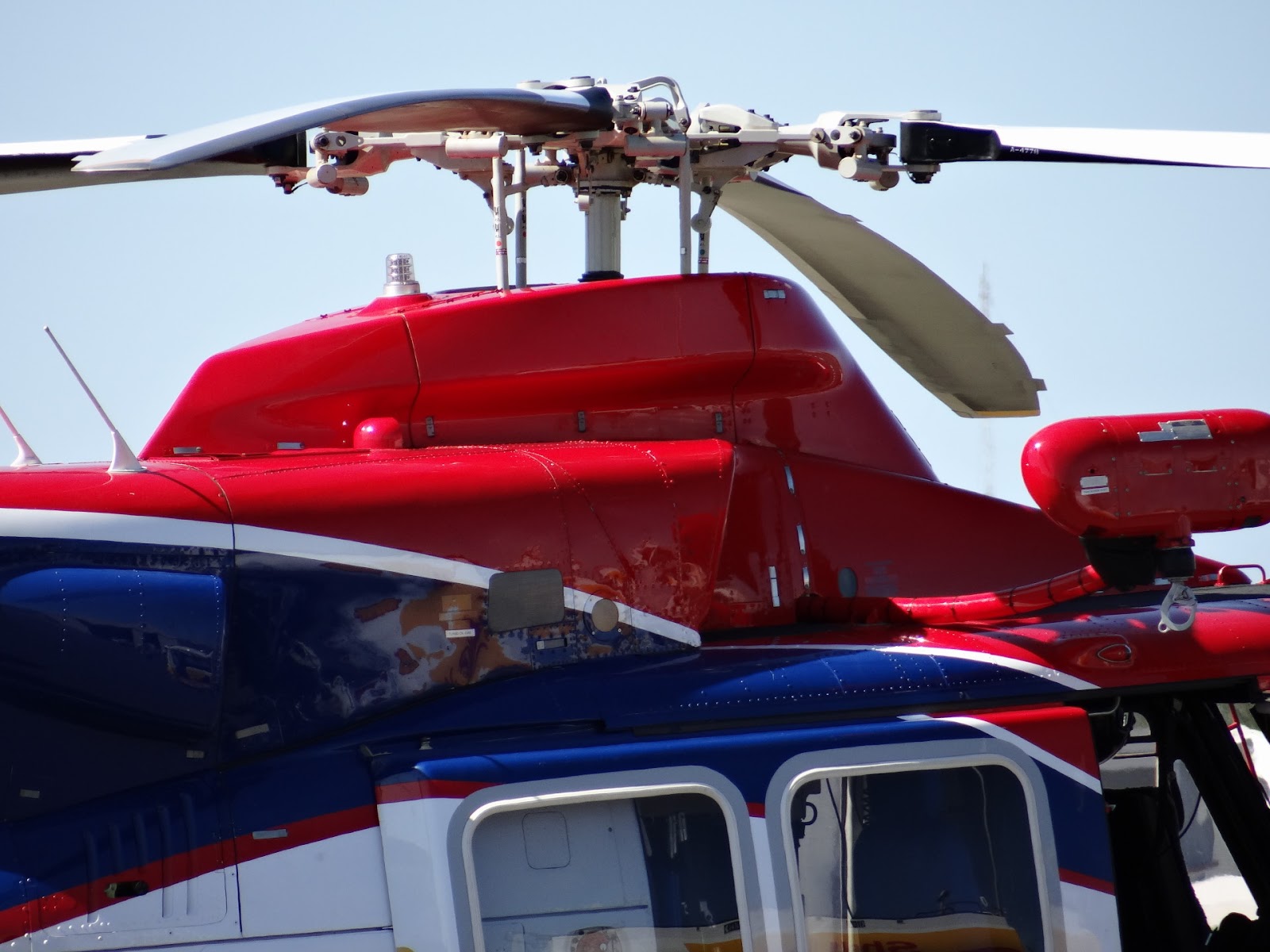 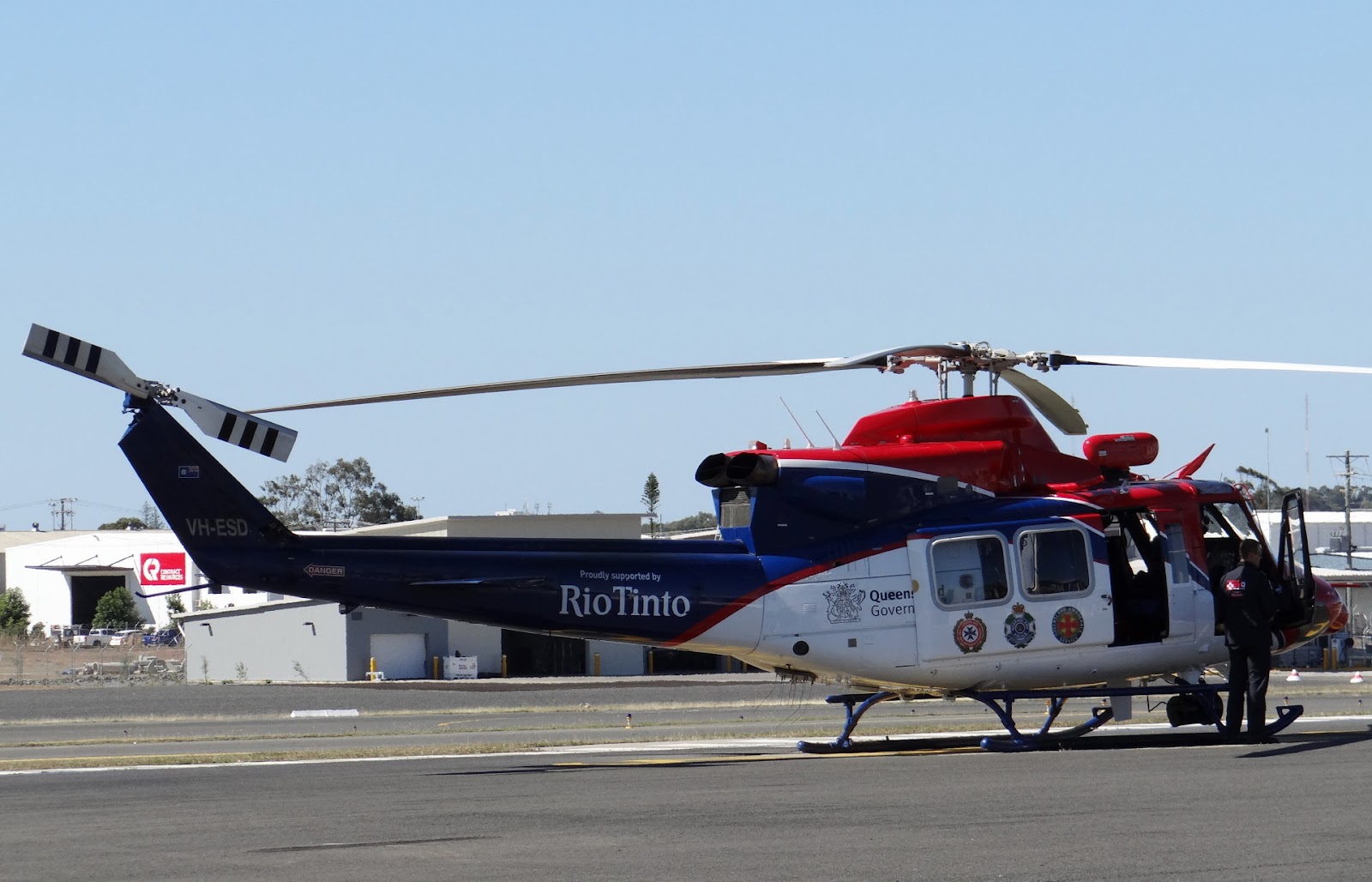 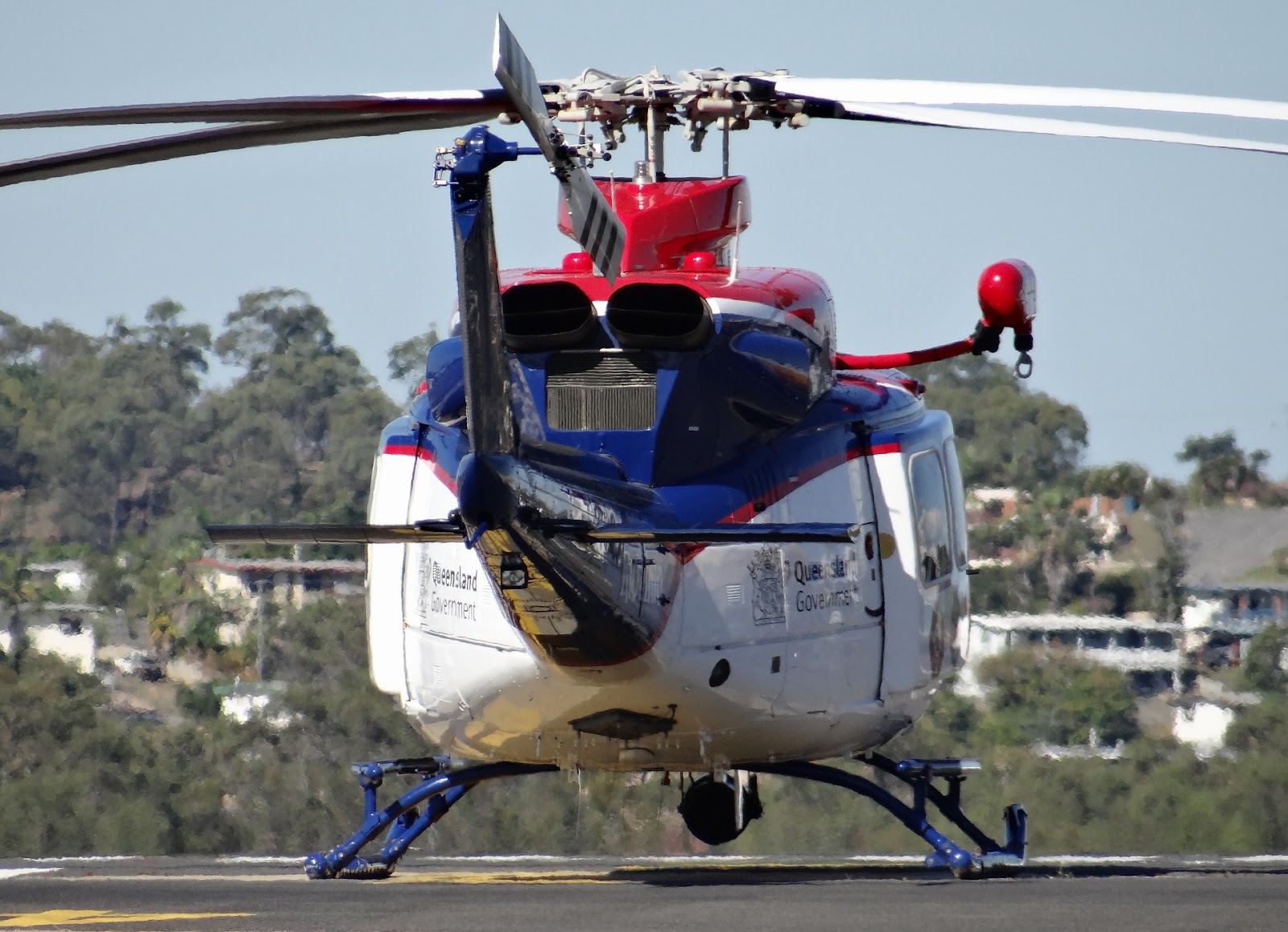