A nice addition to the more notable aircraft at the Old Station Fly-in & Heritage Show 2016 was Beech 45 / T-34 Mentor VH-XUS.
Manufactured in 1954, this neatly presented lightie has been retrofitted with a Teledyne-Continental IO-520-BB, 6-cylinder engine.
The Beech T-34 Mentor was designed to satisfy the role as a military trainer and while the earlier models were powered by piston engines, the turboprop powered T-34C Turbo-Mentor eventually became the successor. 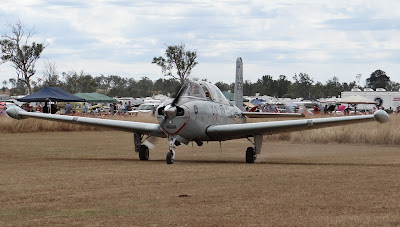 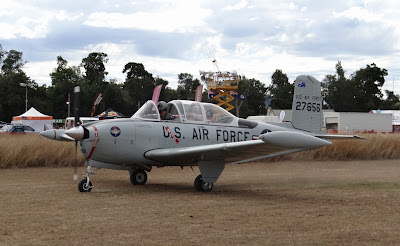 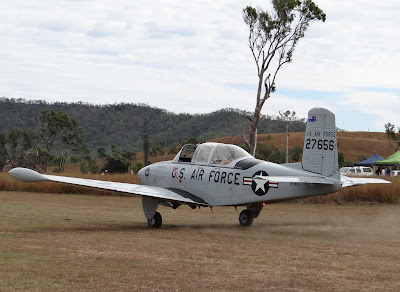 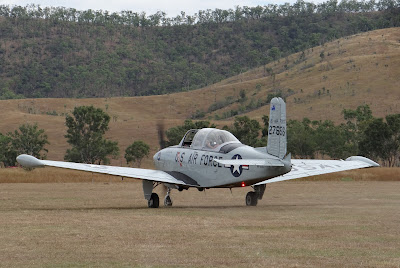 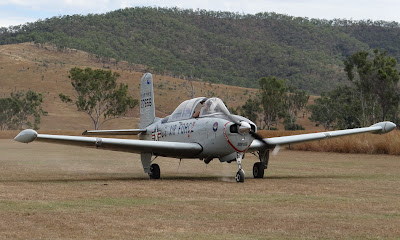 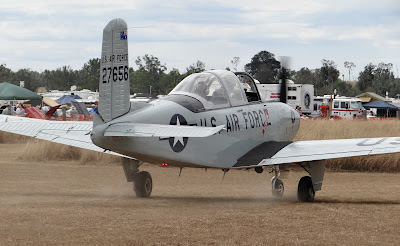 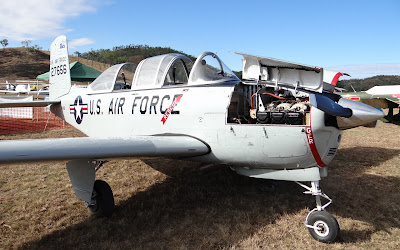 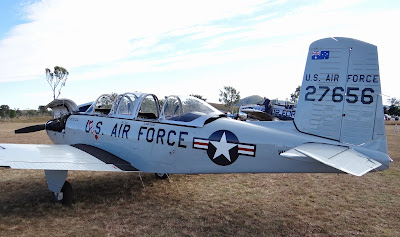 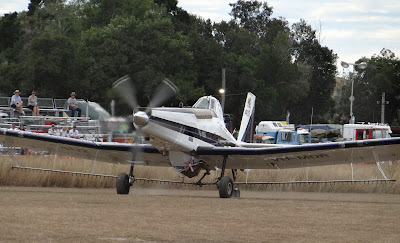 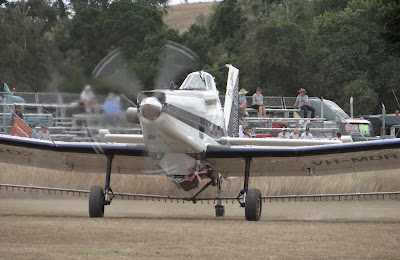 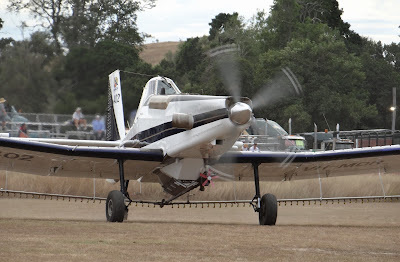 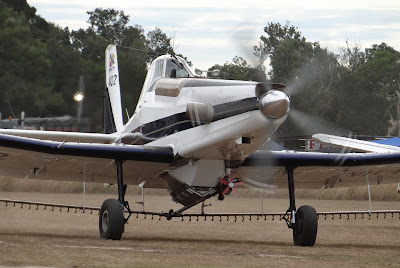 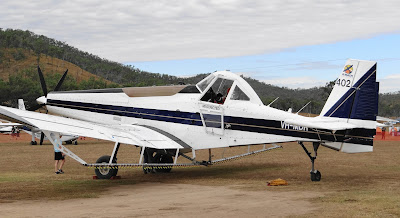 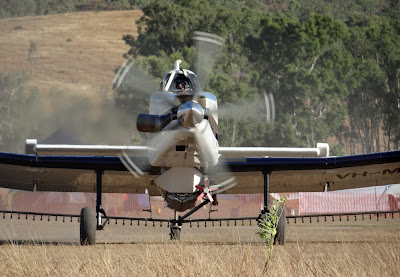 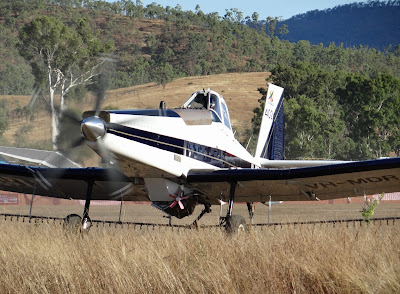 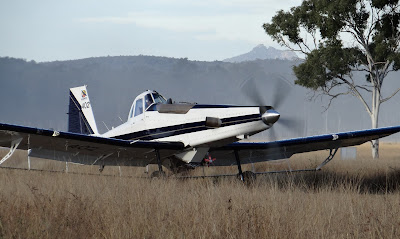 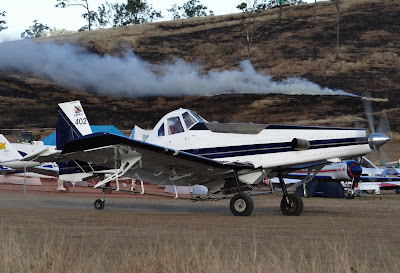 Another welcomed visitor was Aero Vodochody L-39C Albatros VH-JTS.
Unfortunately, this high performance trainer suffered a partially collapsed undercarriage upon landing at Old Station and required assistance to be removed from the runway to a suitable parking spot.
It was pleasing to see the Emergency Services Team responded to the incident promptly and professionally, a credit to the organisers and volunteers of the fly-in.
On a more positive note, the crew suffered no injury and no significant damage occured to the aircraft. 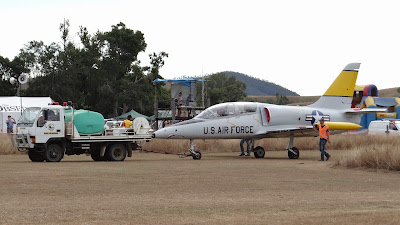 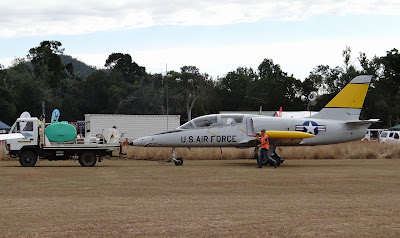 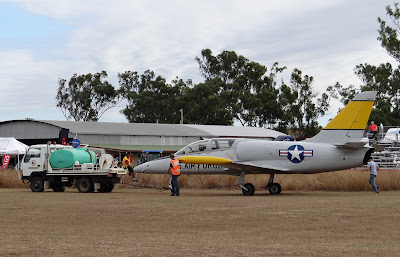 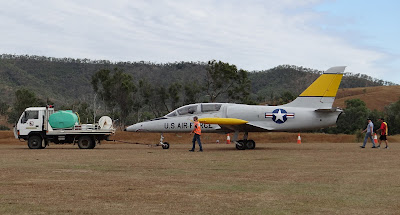 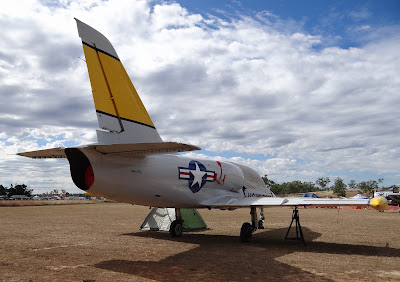 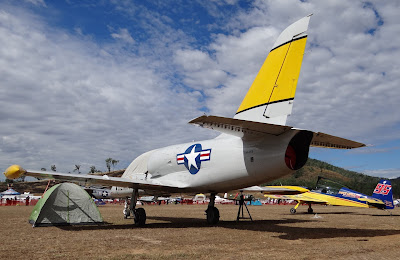