A third and final chartered flight by an Antonov Airlines An-124-100 (presumably UR-82703) is scheduled to touchdown at the beef capital before sunrise on Friday, September 09.

However, transporting larger military helicopters in the belly of a host aircraft often requires the choppers to be partially disassembled. It's a no brainer they will have to be reassembled after being unloaded at the intended destination.
To give some perspective what is involved when reassembling a Chinook helicopter, Phil Munsel Photography captured some superb photo's while the Singaporean's were preparing for 'Exercise Wallaby 2014'. 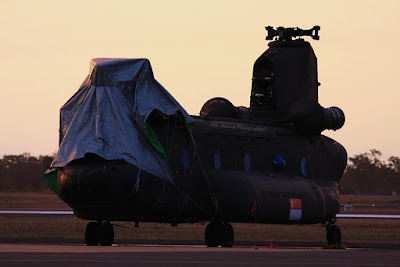 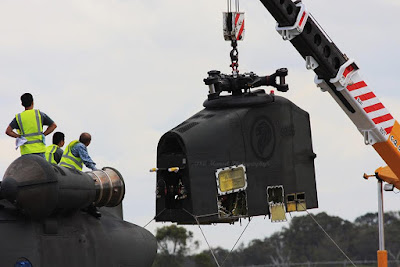 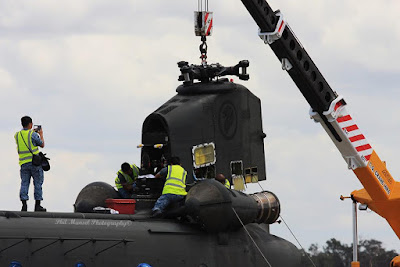 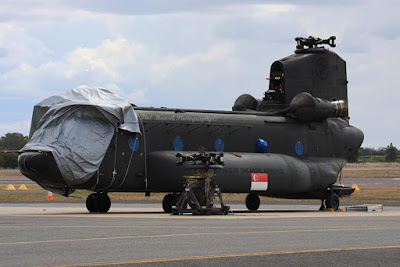 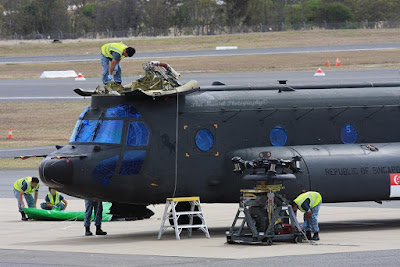 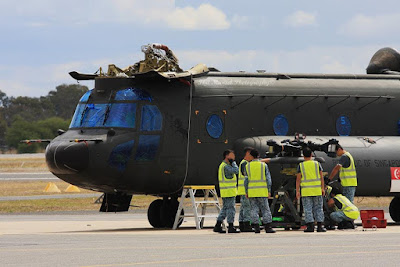 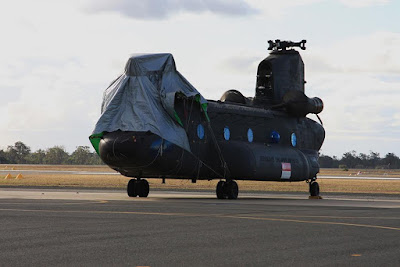 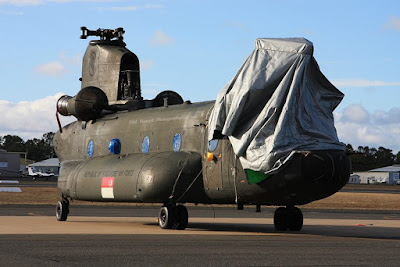 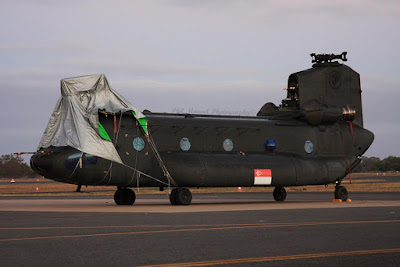 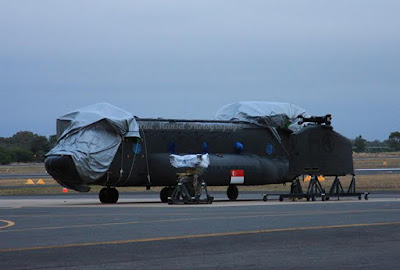 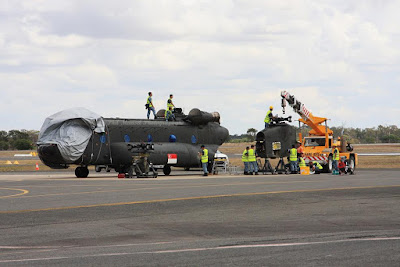 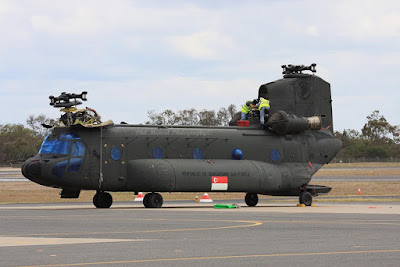 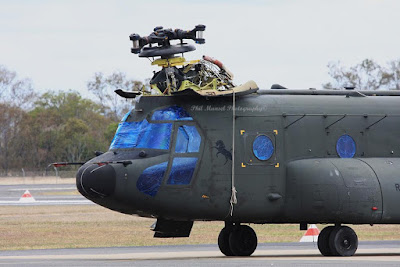 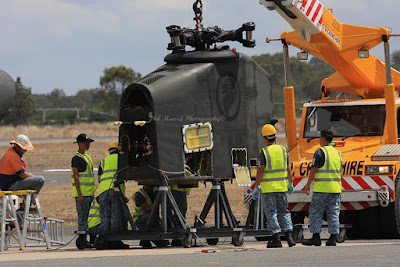 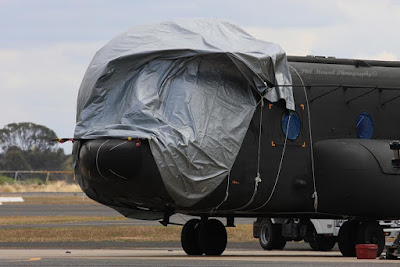 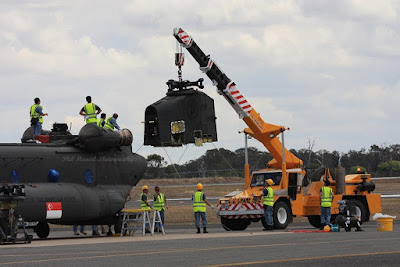