As widely reported by various sources, three Royal Australian Navy (RAN) NH Industries MRH-90 Taipan helicopters - A40-006, A40-016 & A40-026 - ferried to Gladstone earlier this week where they have since been temporarily based for an unspecified period to assist disaster management with emergency and transportation requirements associated with floods inundating parts of Rockhampton including the airport in the wake of ex-Tropical Cyclone Debbie.

Departing Gladstone various times each day on designated assignments (tasks), the Multi-Role Helicopters (MRH) have been a welcomed presence at the port city, providing residents and local aviation enthusiasts an opportunity to enjoy the presence of military aircraft that are otherwise not a common sight in the region. 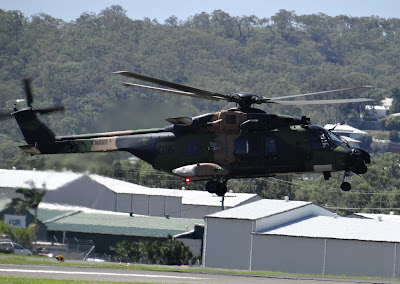 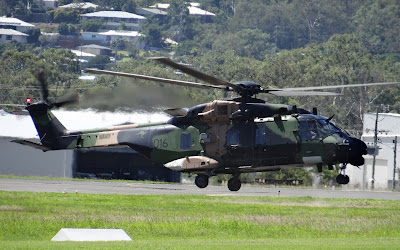 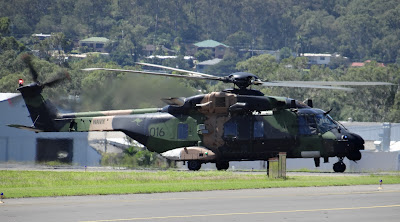 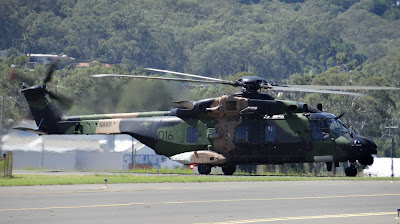 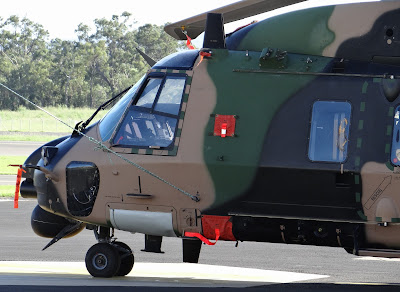 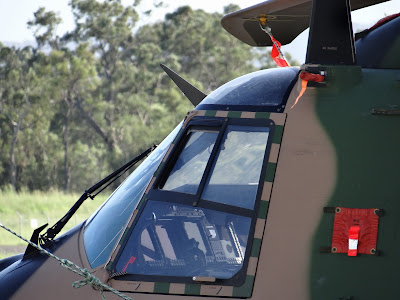 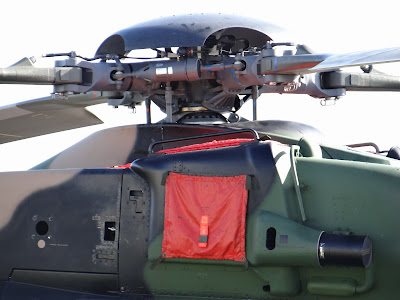 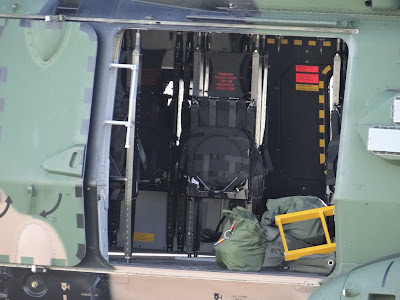 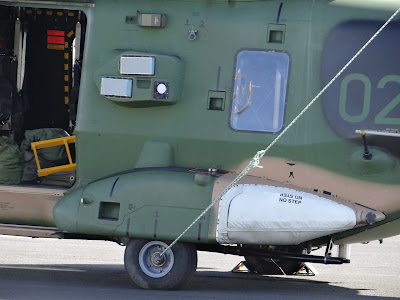 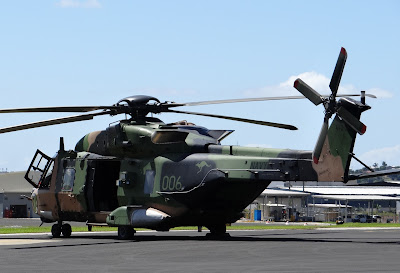 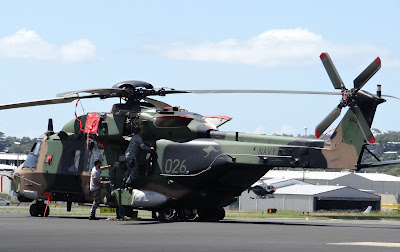 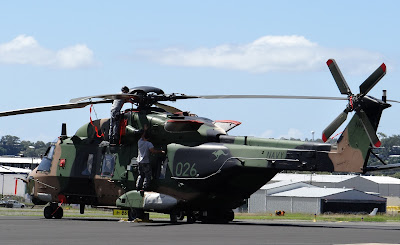 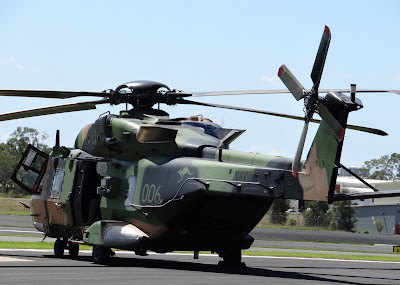 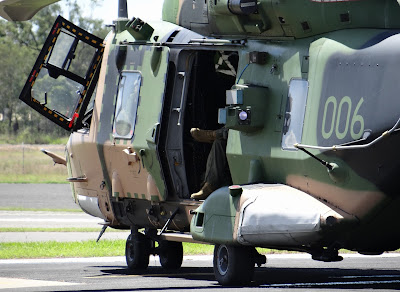 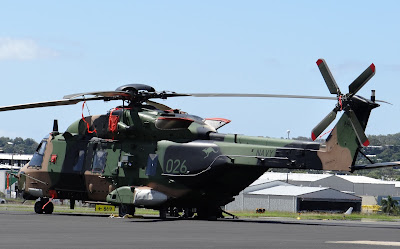 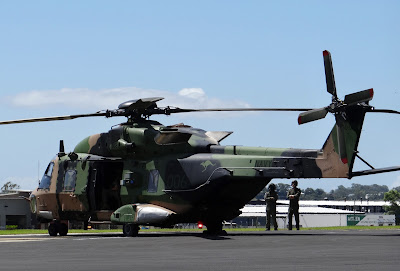 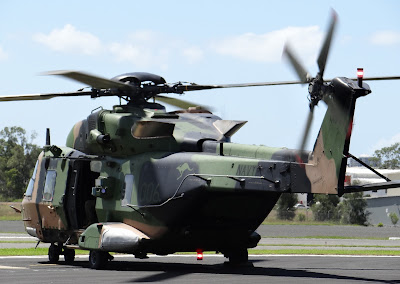 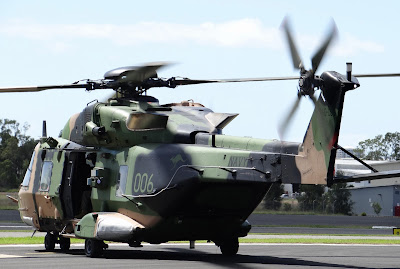 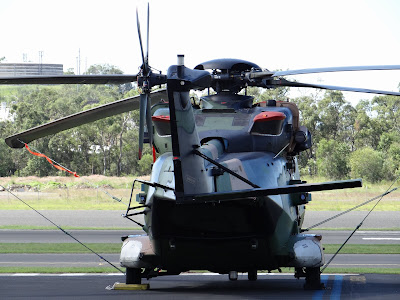 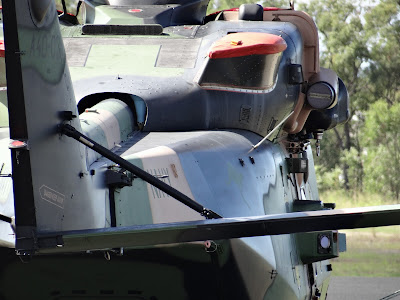 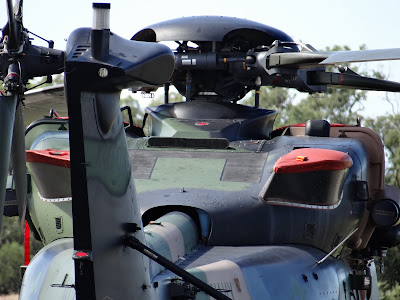 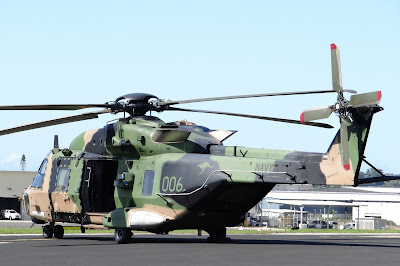 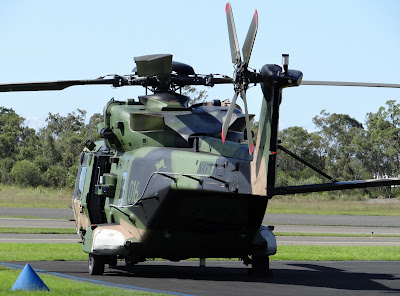 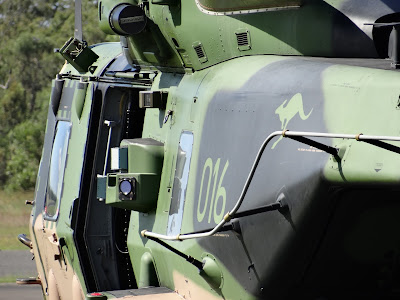 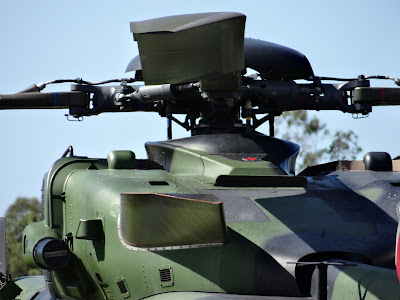 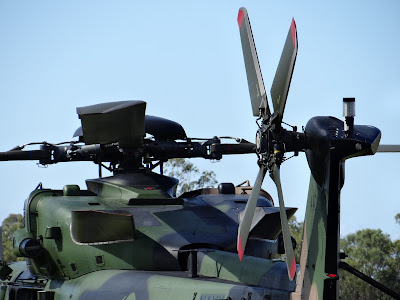 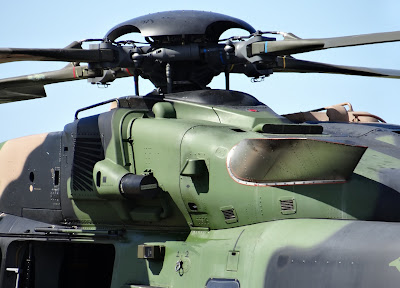 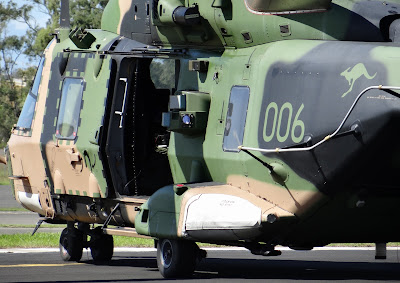