We enjoyed a holiday to Sydney earlier this month and was made that much better when we arrived at our accommodation in the suburb of Drummoyne to learn we would be located under the main flight path for Kingsford Smith Airport. Depending on wind direction at any given time, opportunity existed to photograph either arriving or departing aircraft.
To commence our holiday, we flew from Gladstone to Sydney via Brisbane aboard QantasLink Bombardier Dash 8-Q400 VH-QOA (GLT - BNE) and Qantas Airways Boeing 737-800 VH-XZD (BNE - SYD) on Friday 05 January.

Manufactured in 2005, VH-QOA is the oldest of thirty-one, 74-seat Bombardier Dash 8-Q400's currently operated by QantasLink, and first-of-type to be repainted in the new Qantas livery. This was completed by Townsville Airport based company Flying Colours Aviation in October 2017. 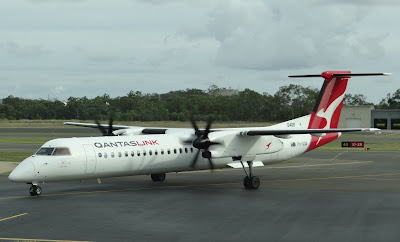 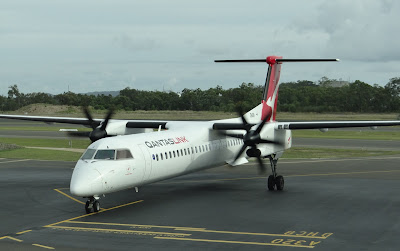 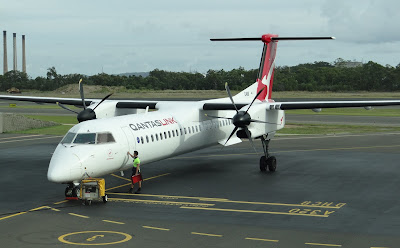 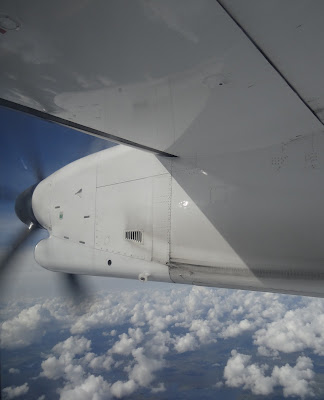 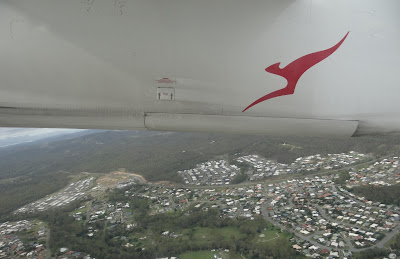 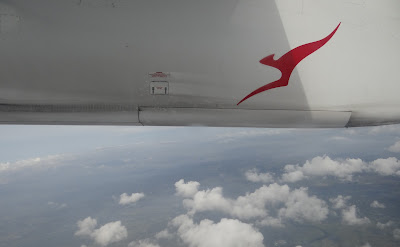 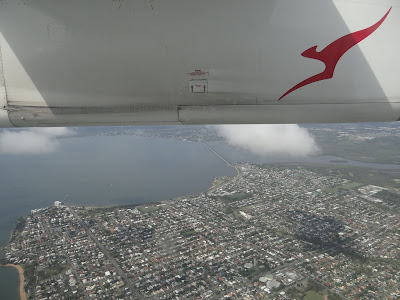 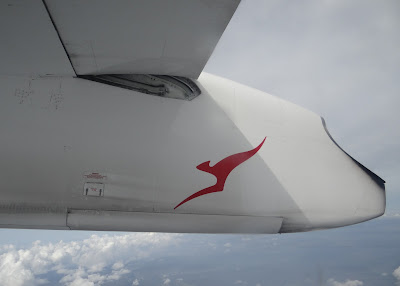 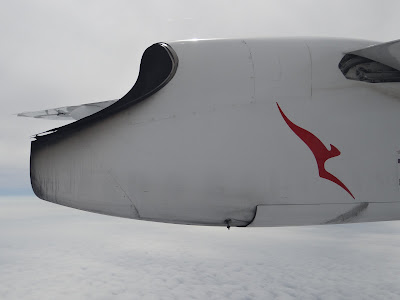 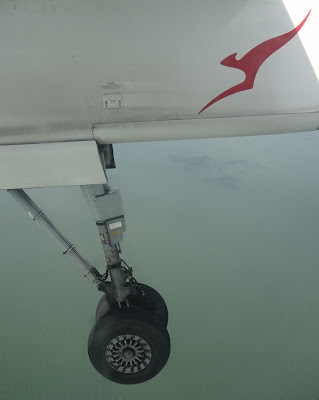 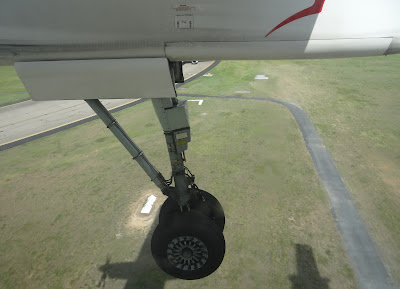 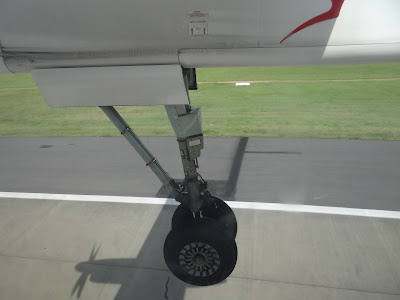 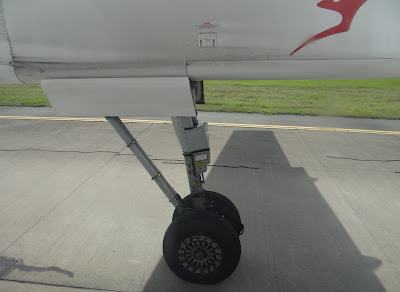 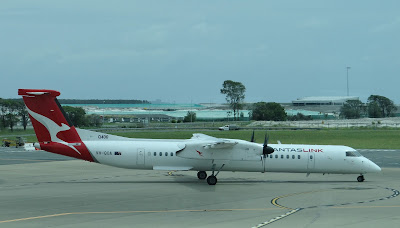 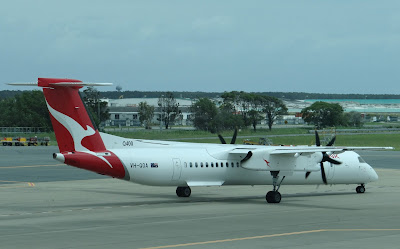 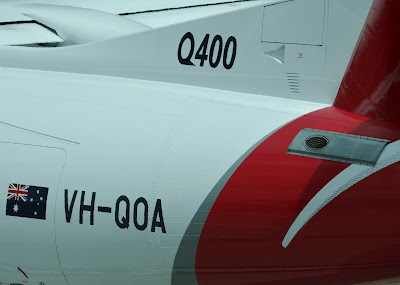 Upon arrival in Brisbane from Gladstone, we were on the ground for only a short period before boarding our flight to Sydney aboard VH-XZD.

Manufactured in 2008, VH-XZD is one of seventy-five Boeing 737-800's currently in-service with Qantas Airways on both domestic and short-haul international routes.

Being among the newer 737-800 models operated by Qantas, VH-XZD features full seat back video-on-demand in-flight entertainment for each passenger, and configured to seat 174 passengers which taller people may find lacks sufficient leg room, particularly on longer flights. 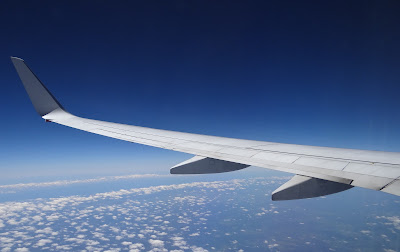 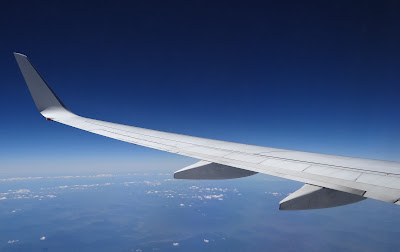 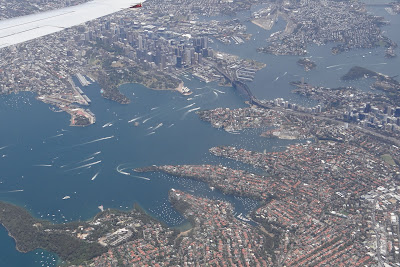 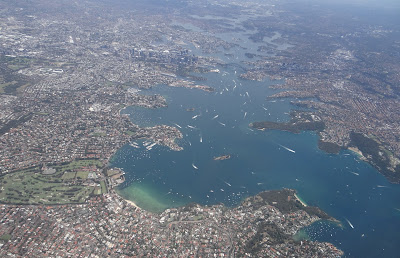 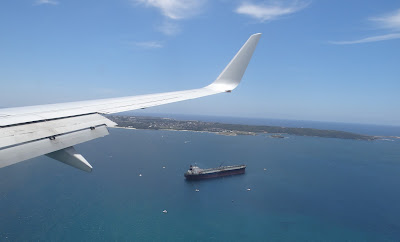 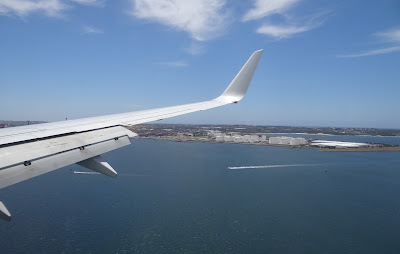 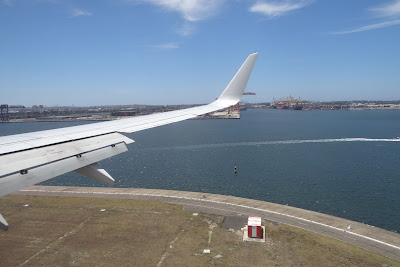 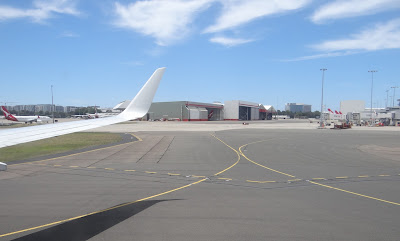 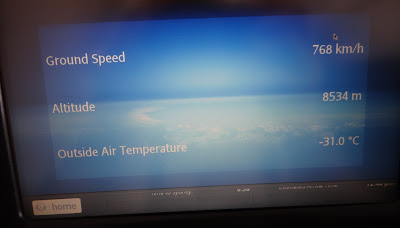 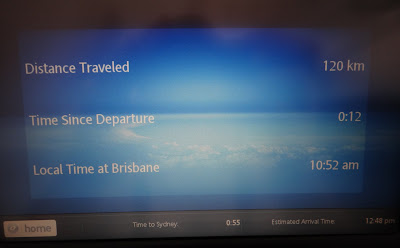