As highlighted in recent posts, we enjoyed a holiday to Sydney earlier this month and have been sharing a selection of planespotting photos captured during our time away.

As previously published, taking us from Gladstone to Sydney via Brisbane on Friday 05 January was QantasLink Bombardier Dash 8-Q400 VH-QOA and Qantas Airways Boeing 737-800 VH-XZD.

Unfortunately, all good things come to an end, and the day to return home was upon us. This time we completed the same trip, but in reverse.

On Monday 15 January, we found ourselves boarding QantasLink Bombardier Dash 8-Q400 VH-QOY for a late afternoon flight from Brisbane to Gladstone where the regional workhorse is pictured below on the ramp at the port city about one hour after departing the Queensland capital. 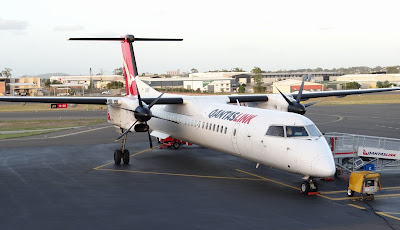 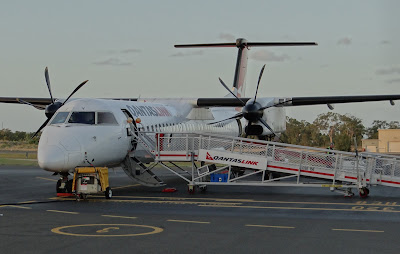 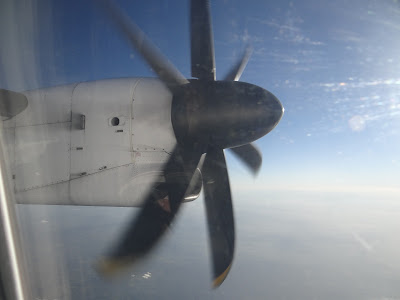 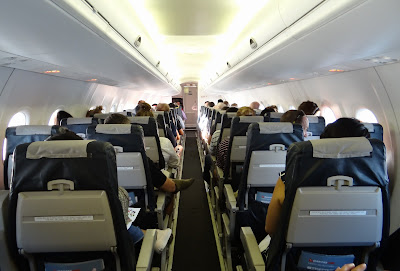 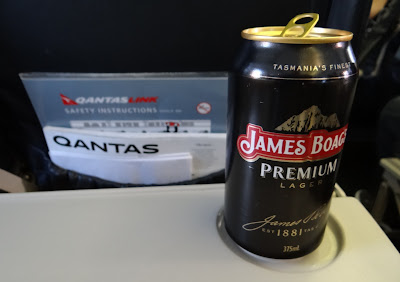 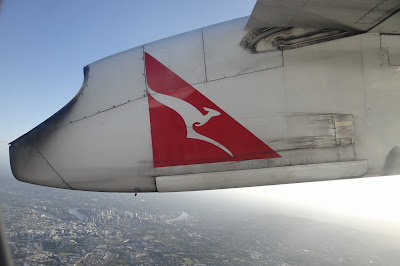 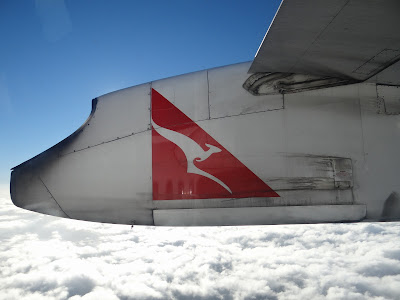 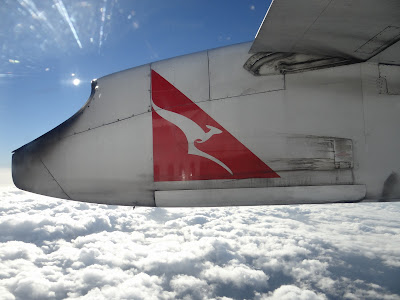 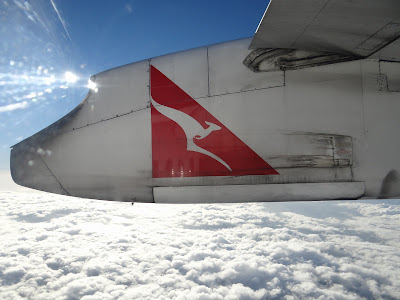 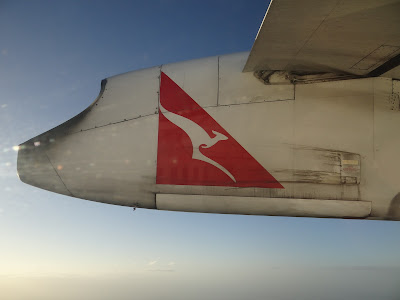 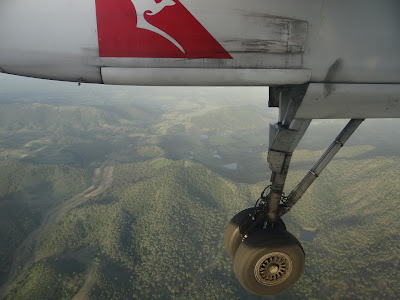 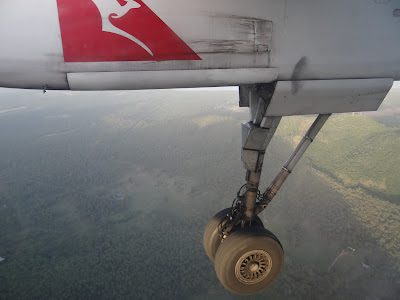 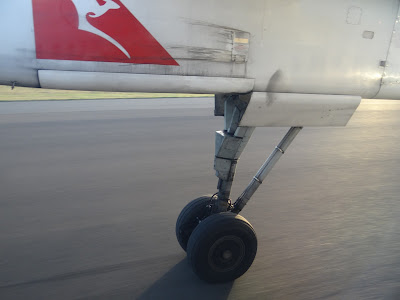 Prior to our flight from Brisbane to Gladstone, we caught a mid-afternoon service from Sydney to Brisbane aboard Qantas Airways Boeing 737-800 VH-VXL which amazingly took only 65 minutes.

VH-VXL is pictured below taxiing to it's gate at Sydney / Kingsford Smith Airport moments after arriving from Adelaide. The turn-around in Sydney for the flight to Brisbane was less than one hour. 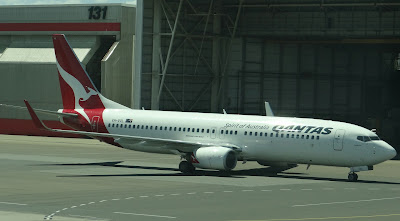 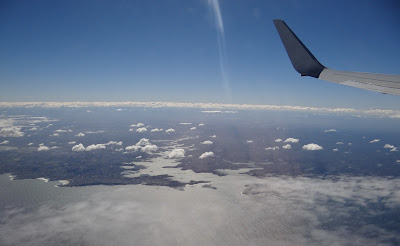 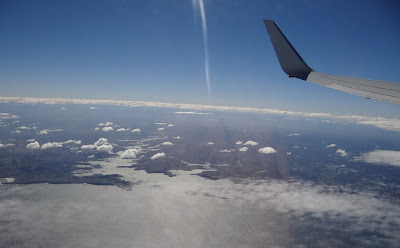 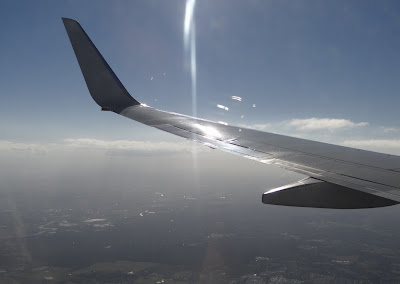 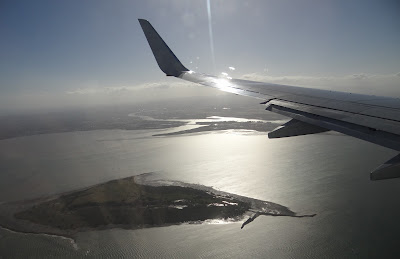 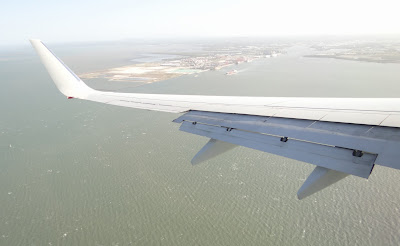 While waiting for our flight in Sydney, we passed time by taking an opportunity to enjoy a small amount of planespotting.

Among the sightings was Qantas Airways Boeing 737-800 VH-VXQ aka "Retro Roo II" preparing for a departure to Melbourne / Tullamarine and Airbus A380-800 VH-OQG being towed from an adjacent maintenance hangar to the international terminal where it later departed to Dubai, United Arab Emirates, as QF1.

Please bare-in-mind that all photos below were taken behind stained glass inside the domestic passenger terminal which unfortunately deteriorates image quality. 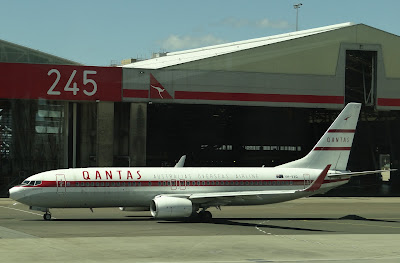 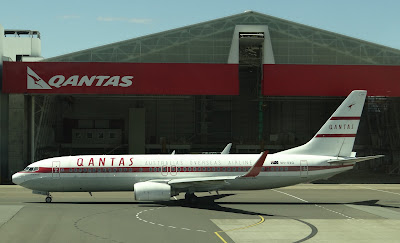 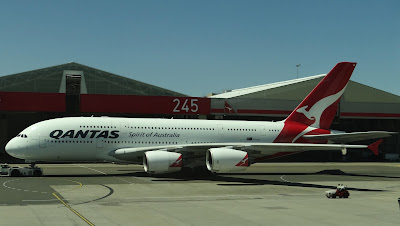 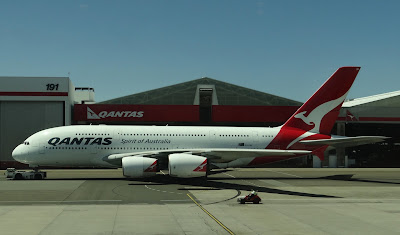 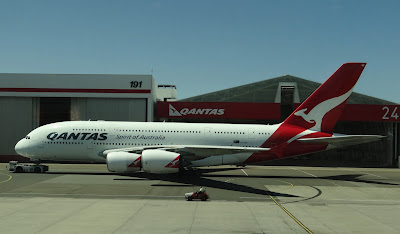 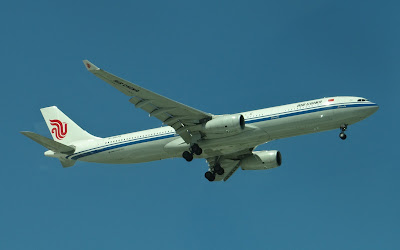 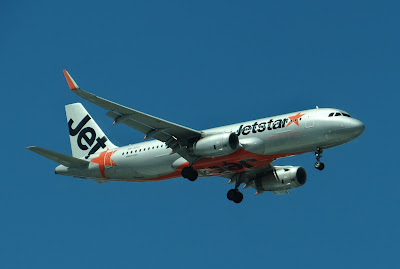 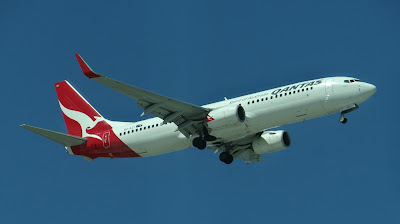 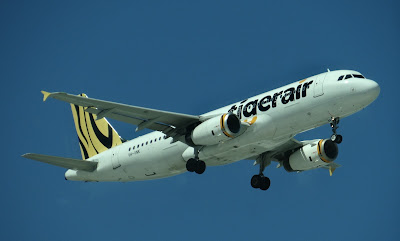 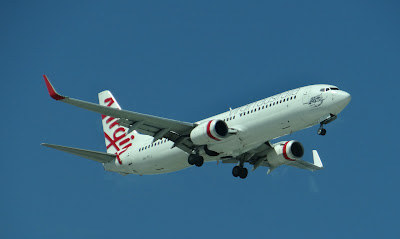