R-Mach Aviation is a Rockhampton based family owned company offering a professional and fully self-supported aerial agricultural service including the capacity to assist fire-fighters with a fire-bombing platform if called upon. 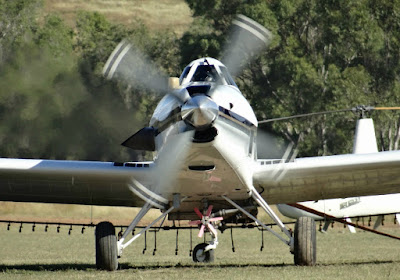 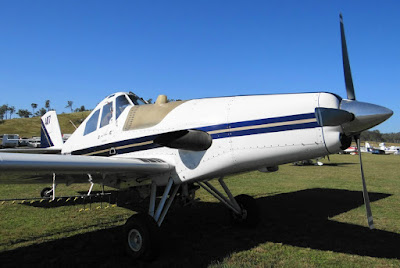 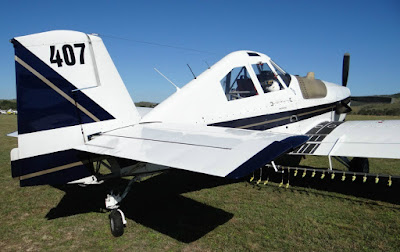 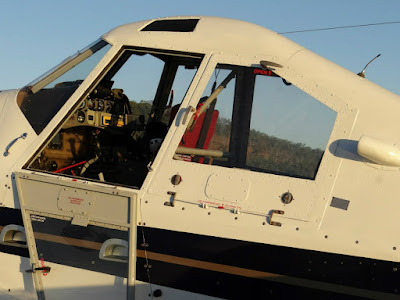 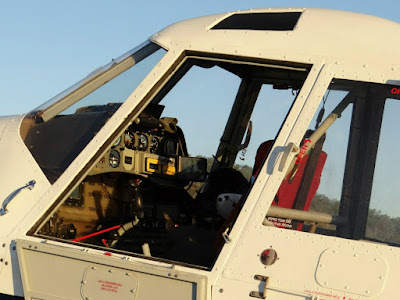 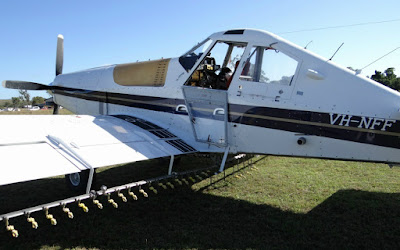 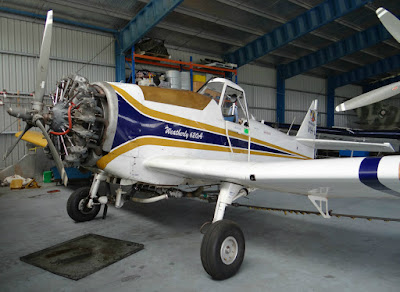 Manufactuered in 1989, Weatherly 620A VH-WEA is powered by a 9-cylinder, Pratt & Whitney R-985 radial engine however the aircraft itself has a relatively low spraying capacity of 1200 litres. 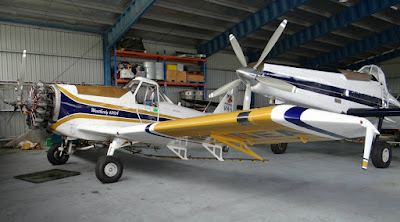 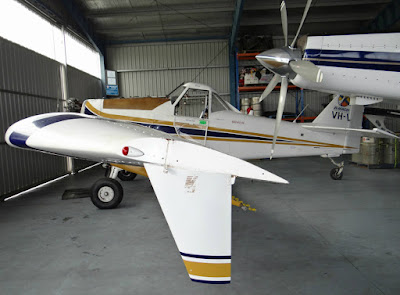 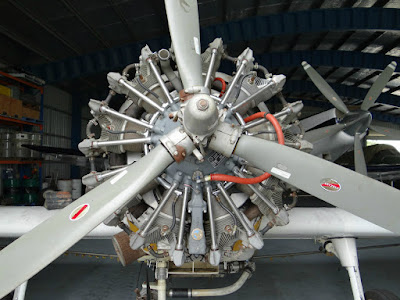 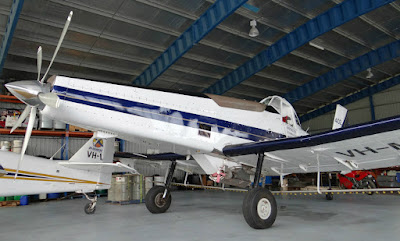 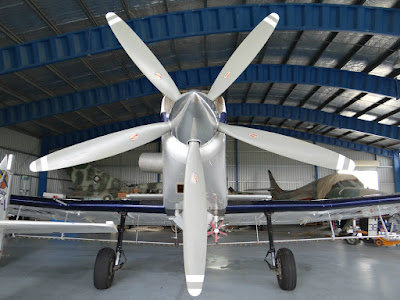 Commencing 2010, this machine completed a major modification in 2012 when the original Centrum Produckzyne Naukowo / PZL radial piston engine was replaced by a Garret AiResearch TPE33-12 turbine by Dubbo based conversion company, Delta Turbines. 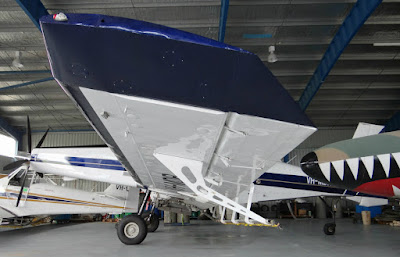 Manufactured in 1982 by Polish aerospace company PZL Warszawa-OKecie, VH-MDR has a very useful spraying capacity of 3300 litres compared to the 2000 litre capacity of the Turbine Thrush and the Weatherly's much lower capacity of 1200 litres.
Email ThisBlogThis!Share to TwitterShare to FacebookShare to Pinterest
Newer Post Older Post Home