Among the more prominent buildings on the General Aviation (GA) side of Rockhampton Airport is the Royal Flying Doctor Service (RFDS) hangar, and during a guided tour of the facility, sighted Beechcraft B200 Super King Air VH-FDR while resting peacefully between jobs.

VH-FDR is one of three RFDS Super King Air's that are based at Rockhampton, VH-FDI & VH-FDW are the other aircraft. VH-FDI is also one of only a few Queensland based RFDS B200's that feature the larger rear cargo door coupled with an onboard loading winch designed for easier passenger / patient loading and unloading.

New build aircraft from the manufacturer that are destined for the RFDS are flown to Australia as a bare-bones aircraft which then undergo fit-out by a specialist company before entering service as an air ambulance.

It is worth mentioning the facilities in Rockhampton are immaculately maintained, and staff go about their duties in a thoroughly professional manner, a full credit to the RFDS.

We would like to sincerely thank all the staff at the RFDS Rockhampton Base for their time and courtesy during our visit.


The RFDS celebrates 85 years of service to rural Australia

The first ever Flying Doctor flight took off on 17 May 1928 from Cloncurry in Queensland to answer a call for help from the remote town of Julia Creek, however, it was not until 1936 in the NSW outback town of Broken Hill that the first base operation commenced and remains operational to this day and home for six locally based Super King Air B200 aircraft.

Worth highlighting, the base at Broken Hill is unique within the Royal Flying Doctor Service as it is the only location where visitors can see a working base in action every day of the week and it attracts more than 12000 tourists every year. 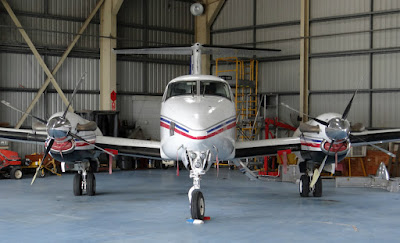 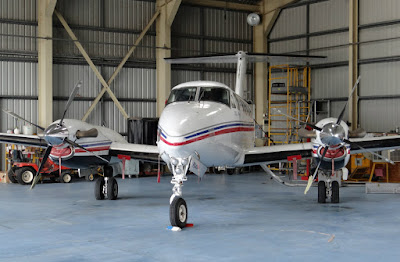 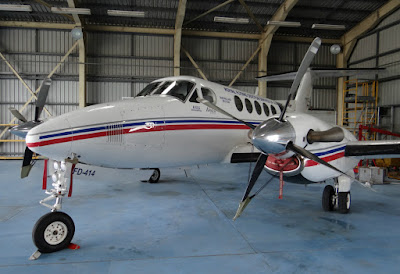 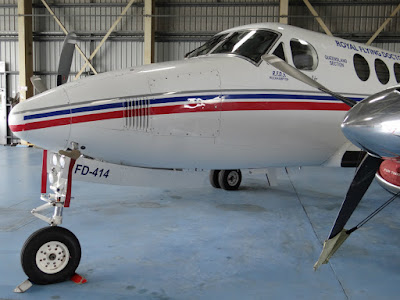 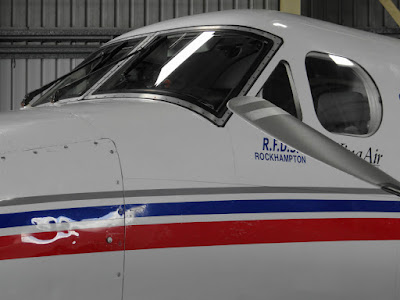 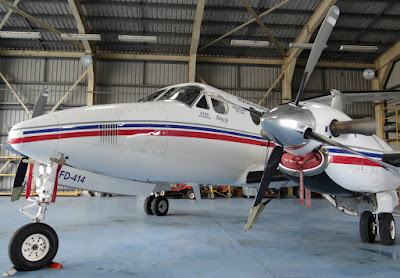 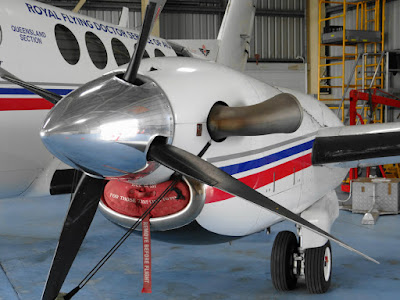 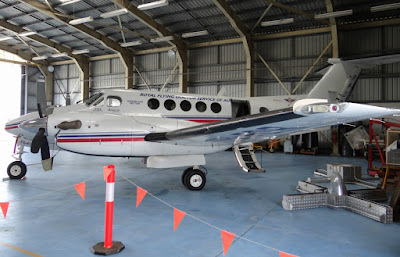 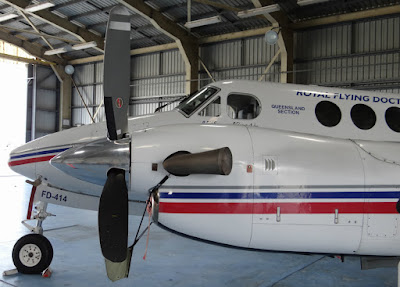 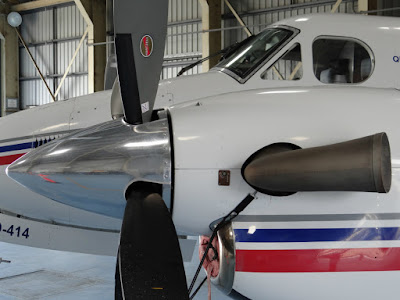 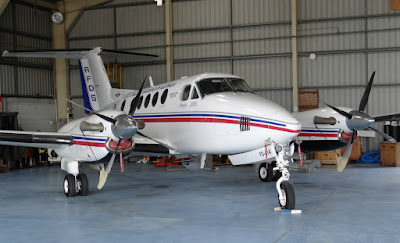 Air Queensland.blogspot has also been fortunate to take a closer look at Beechcraft B200 VH-FDI while the Super King Air was waiting to transfer a patient at Gladstone Airport.
Noted was a modern glass flight deck which reportedly reduces the pilots workload compared to the conventional analogue cockpit of the earlier Super King Air models. 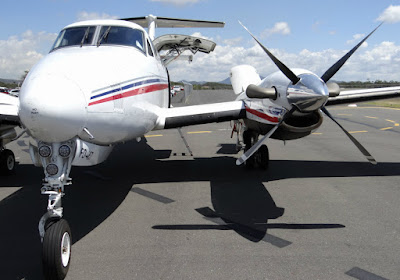 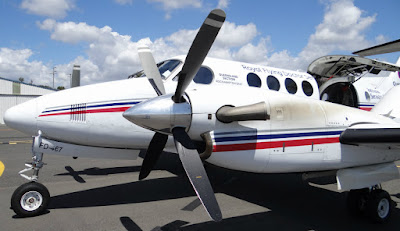 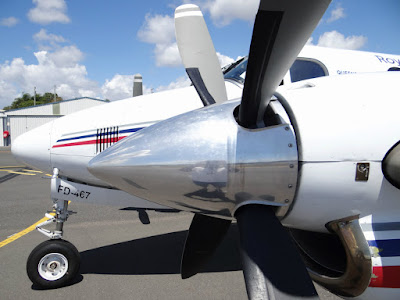 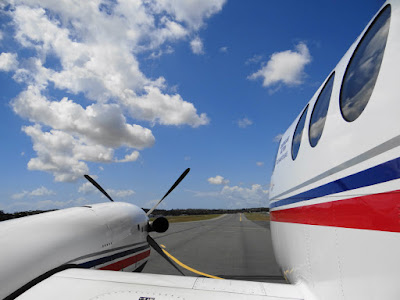 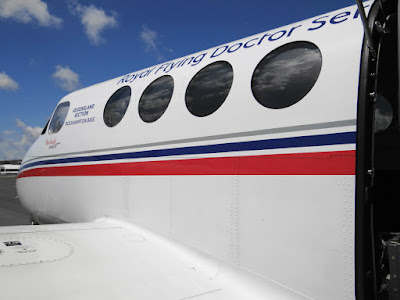 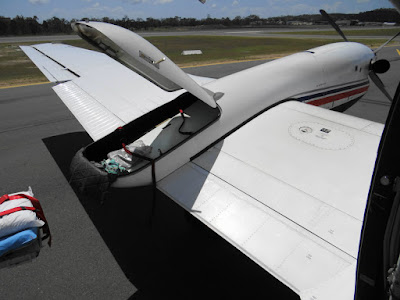 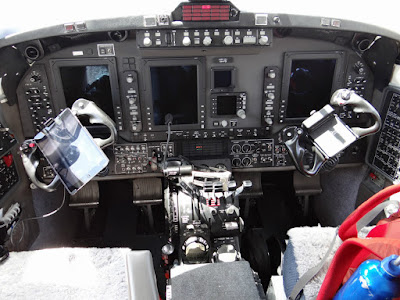 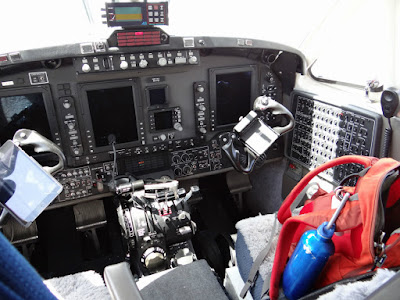 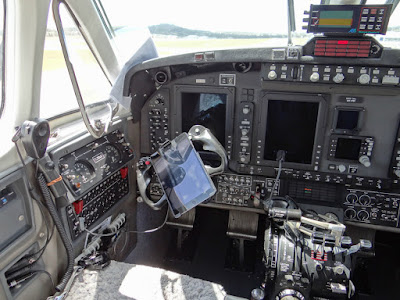 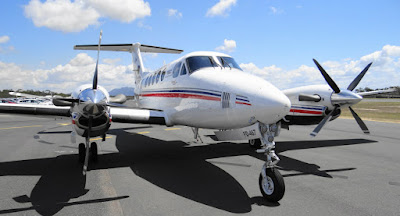 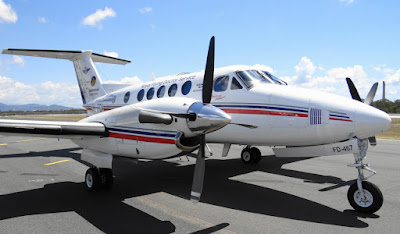 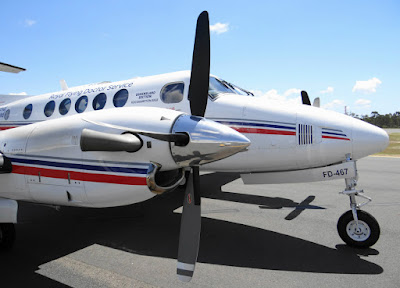 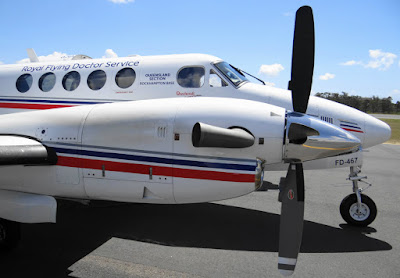 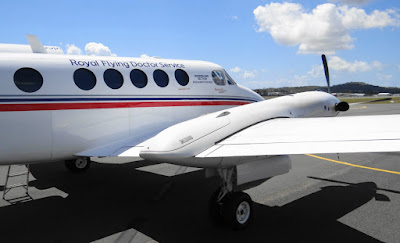 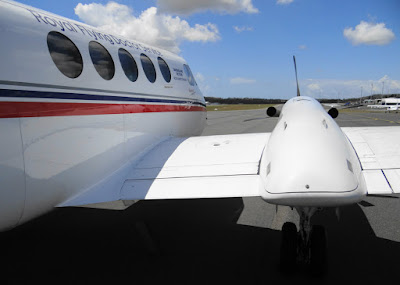 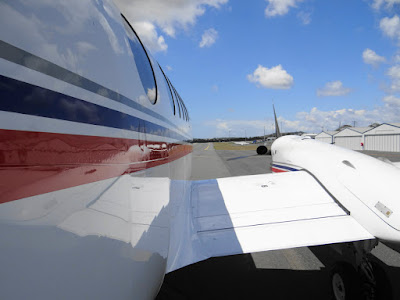 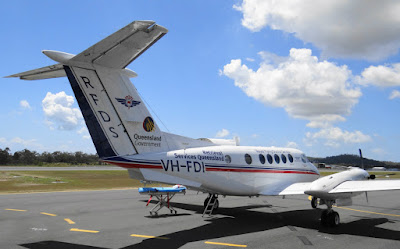 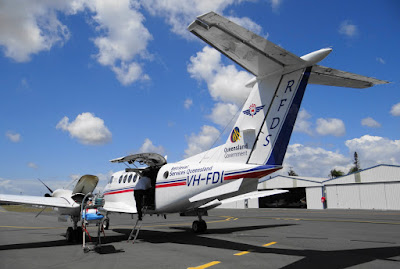