While briefly visiting Rockhampton Airport in April 2015, I was fortunate to capture some photo's of J.M. Kelly (Project Builders) Cessna 550 Citation II VH-JMK while the immaculately presented business jet was secured in the company hangar.

Of interest, VH-JMK spent approximately 10 months based in Papua New Guinea (PNG) in 2013 / 2014 while temporarily chartered by another company however when the aircraft returned to Australia (as P2-JMK), spent a number of weeks undergoing maintenance at Maroochydore / Sunshine Coast Airport which included a comprehensive interior refurbishment, as can be clearly seen in the images below.

More photo's of VH-JMK captured in 2013 can be viewed by clicking onto the link below : 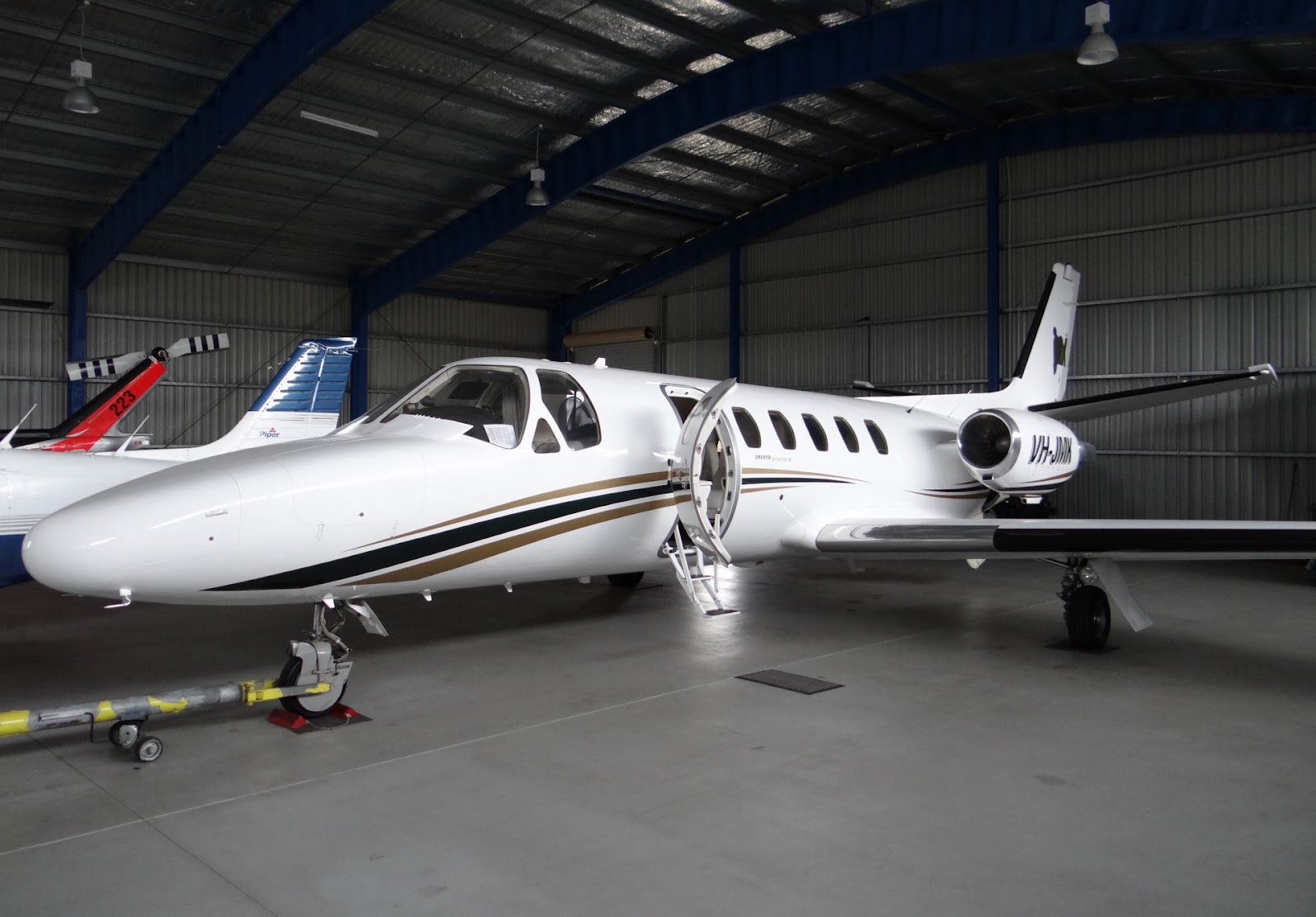 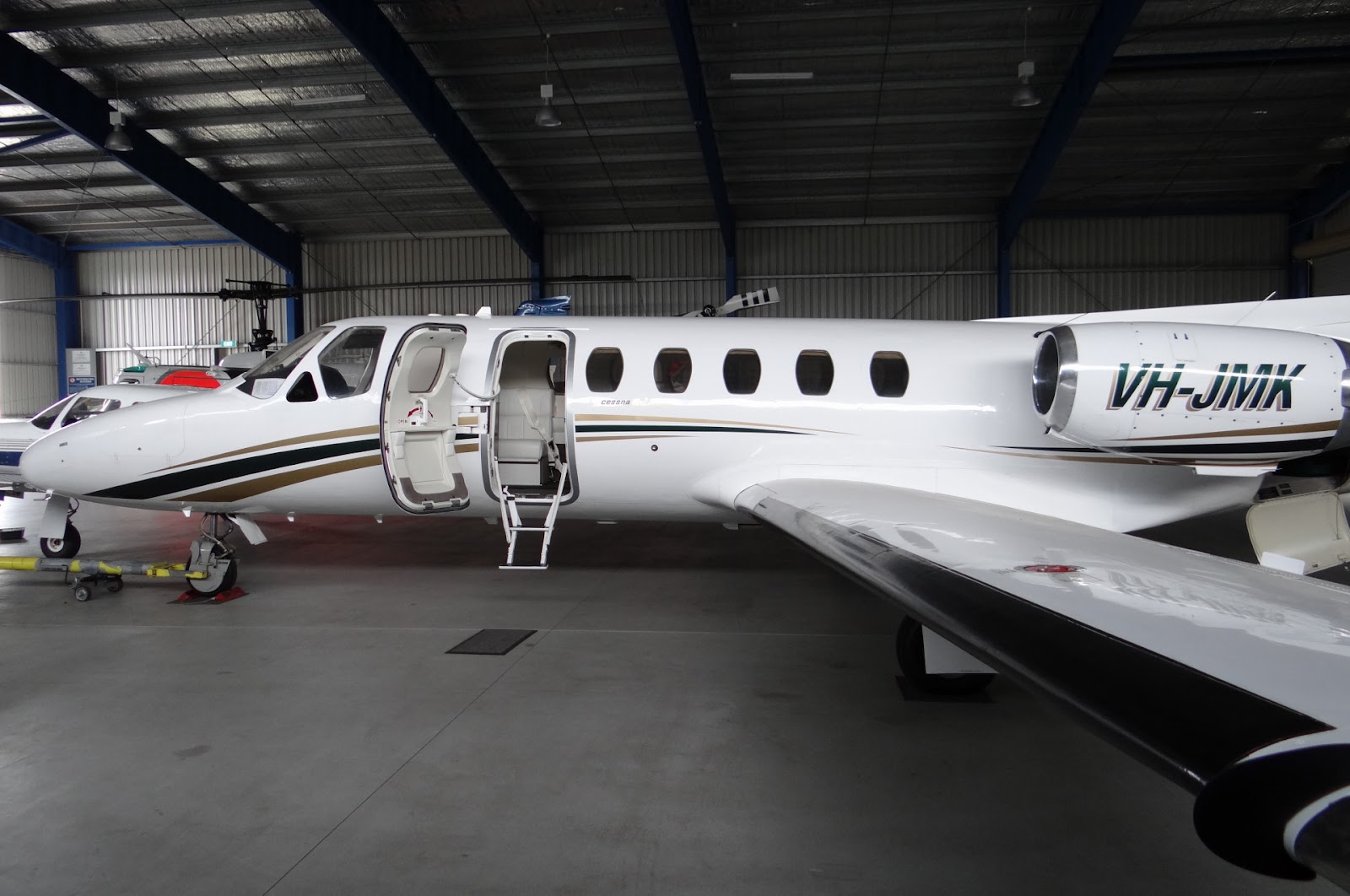 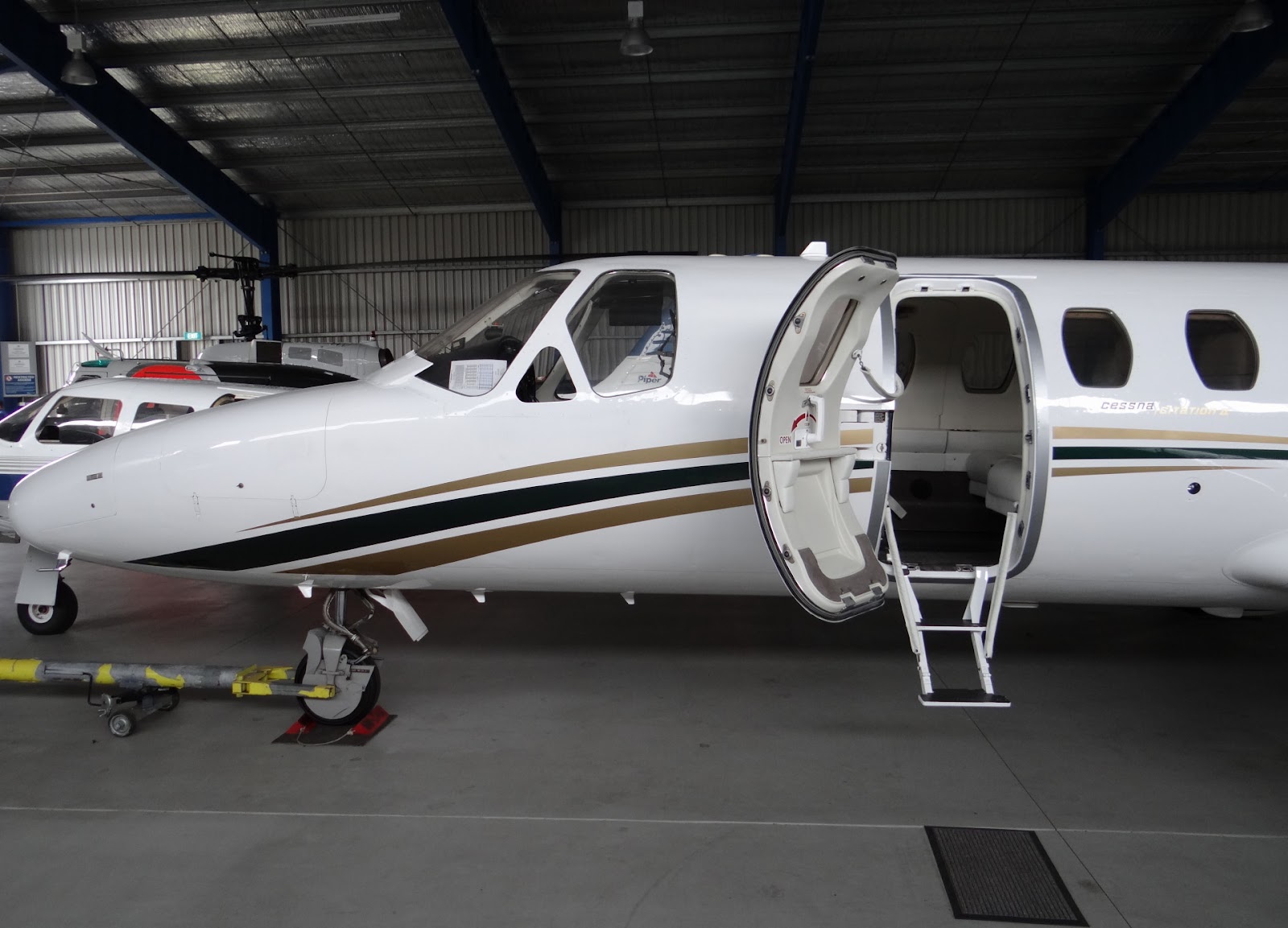 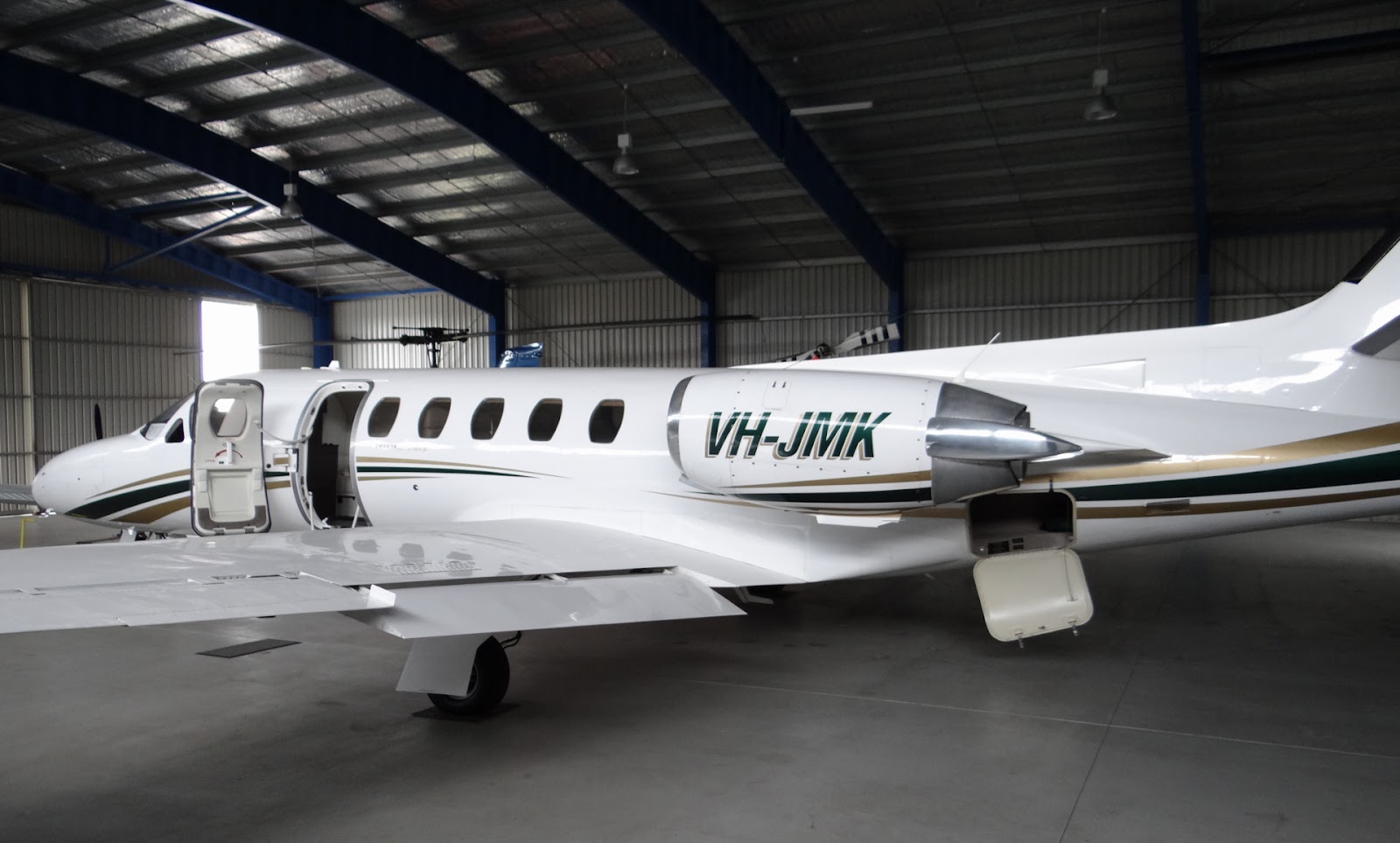 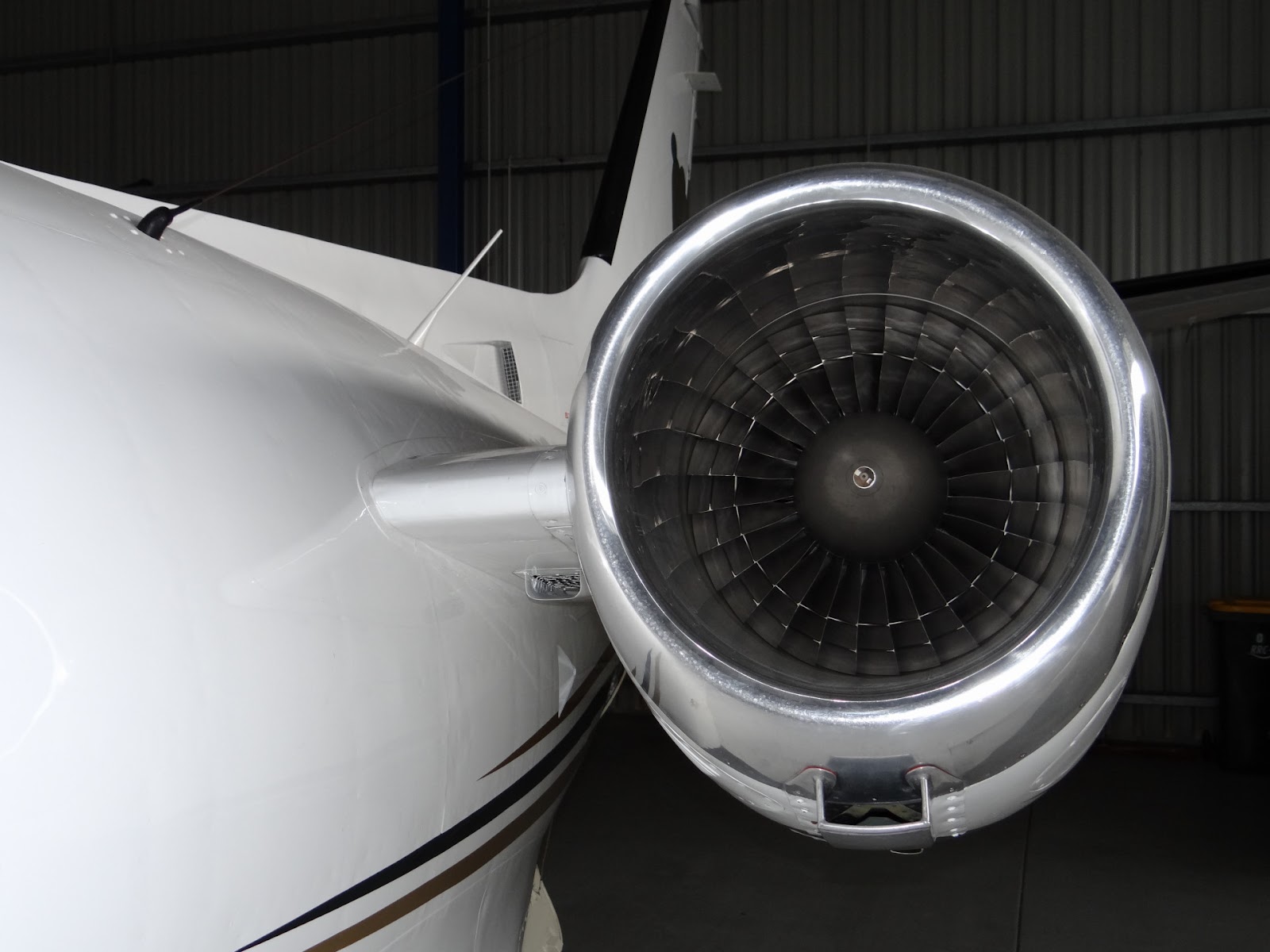 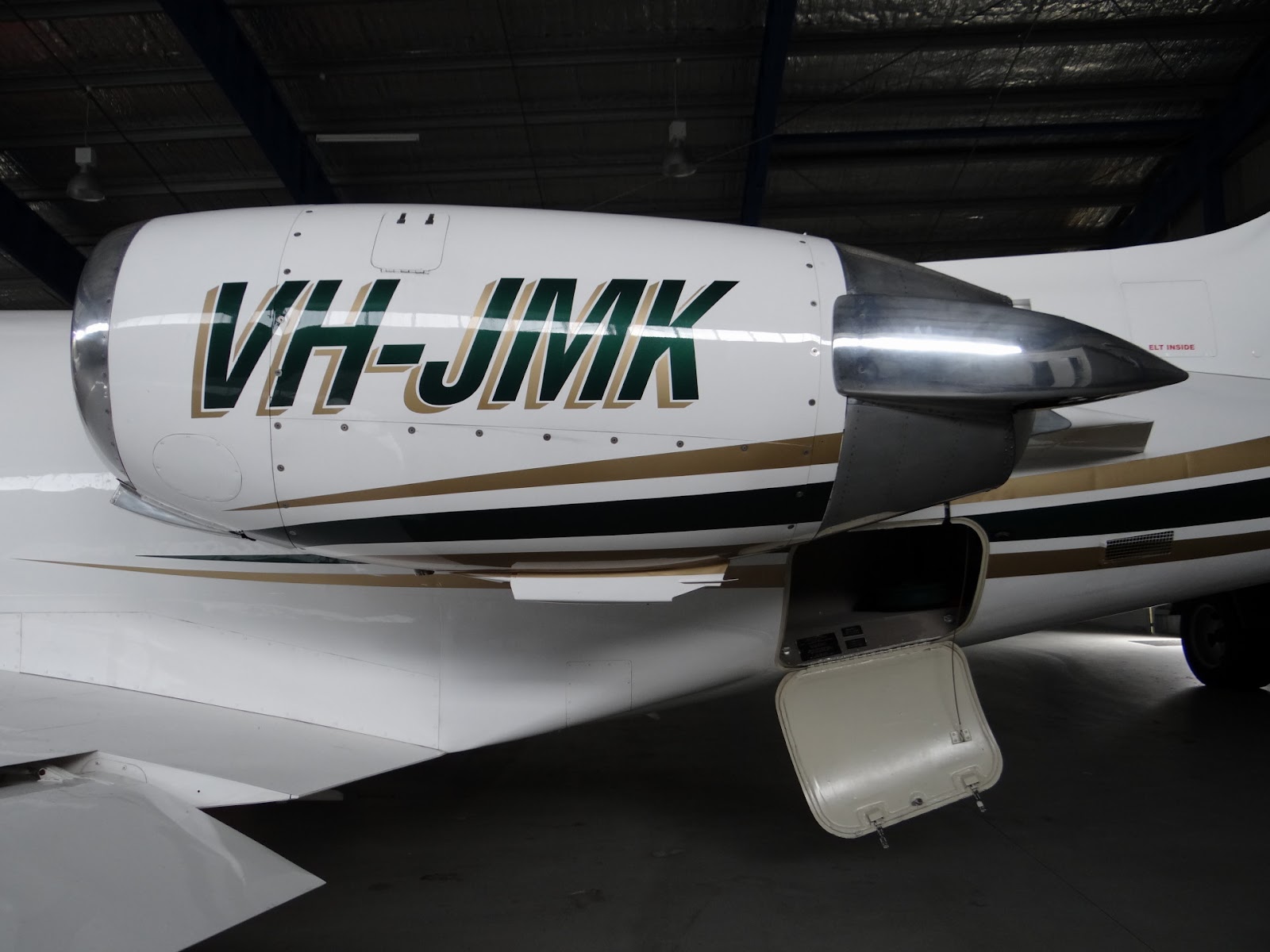 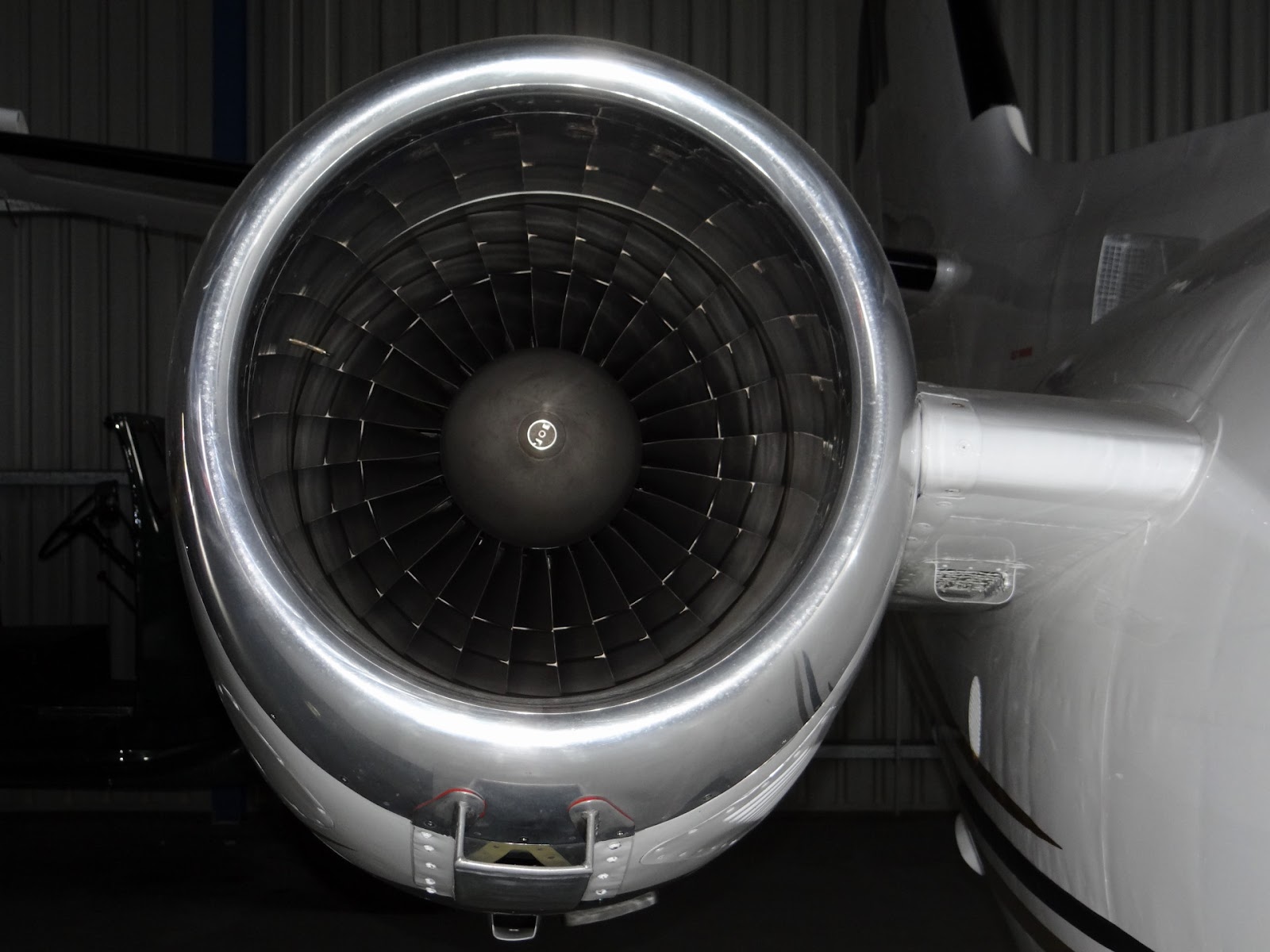 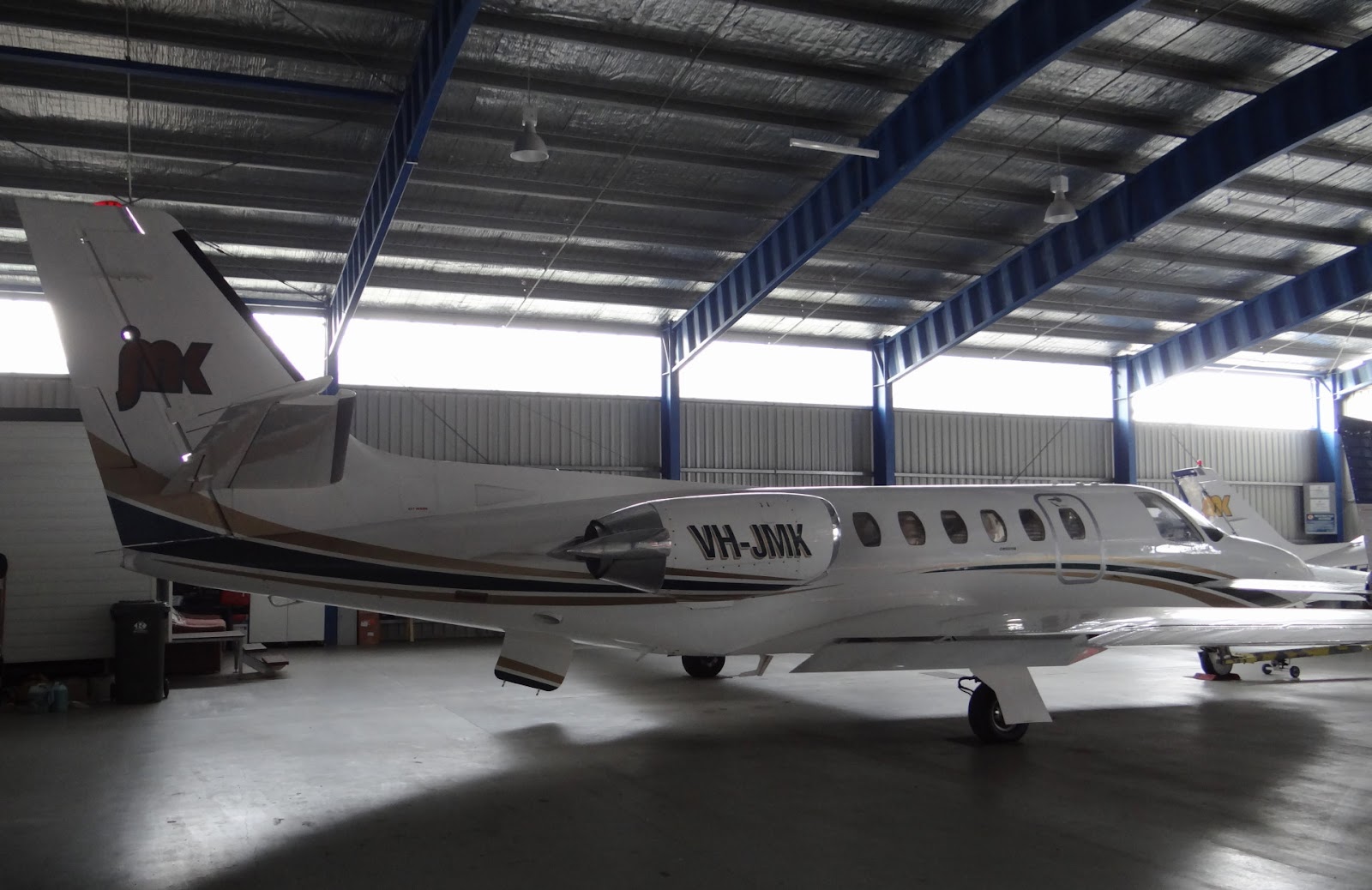 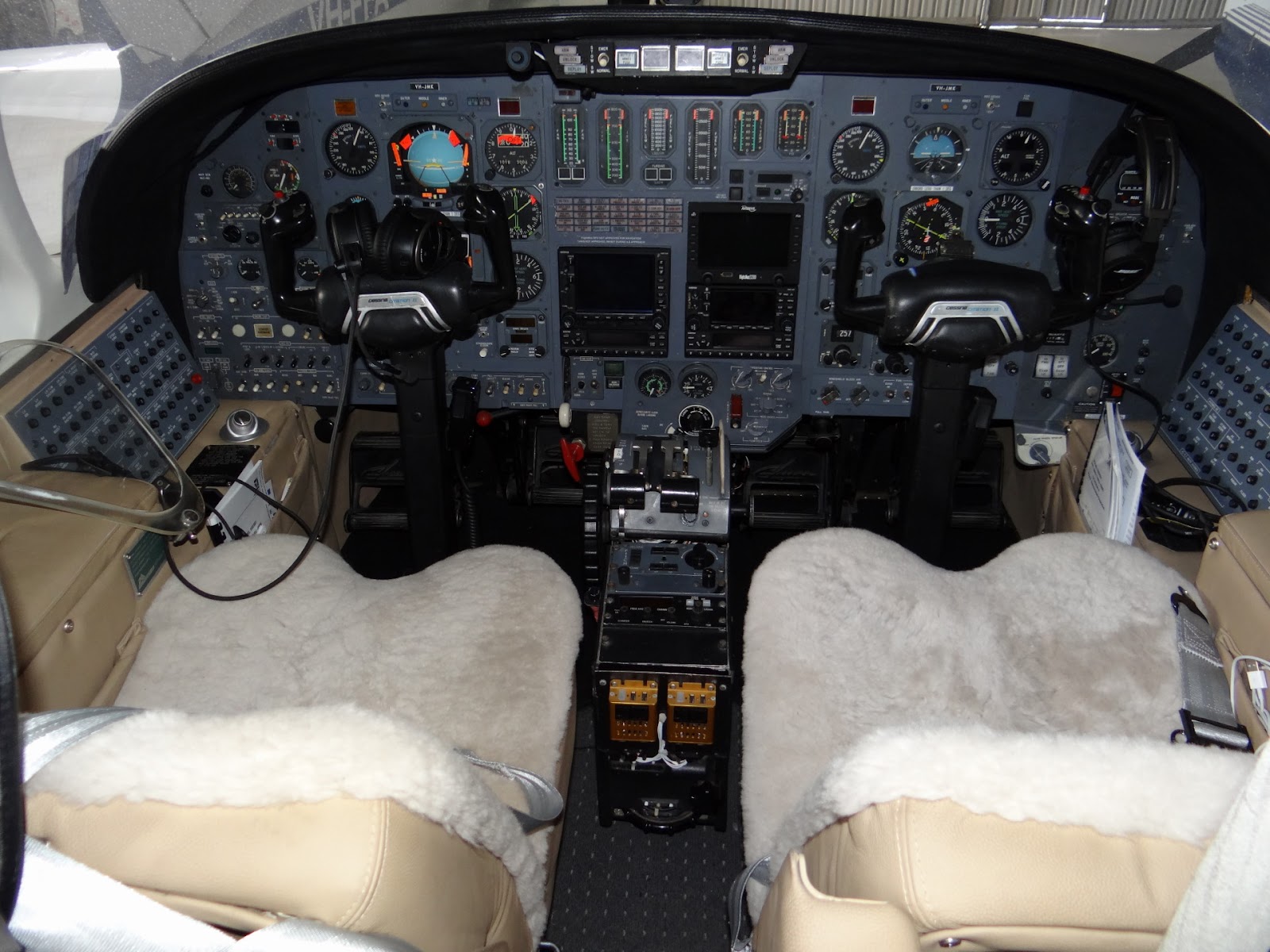 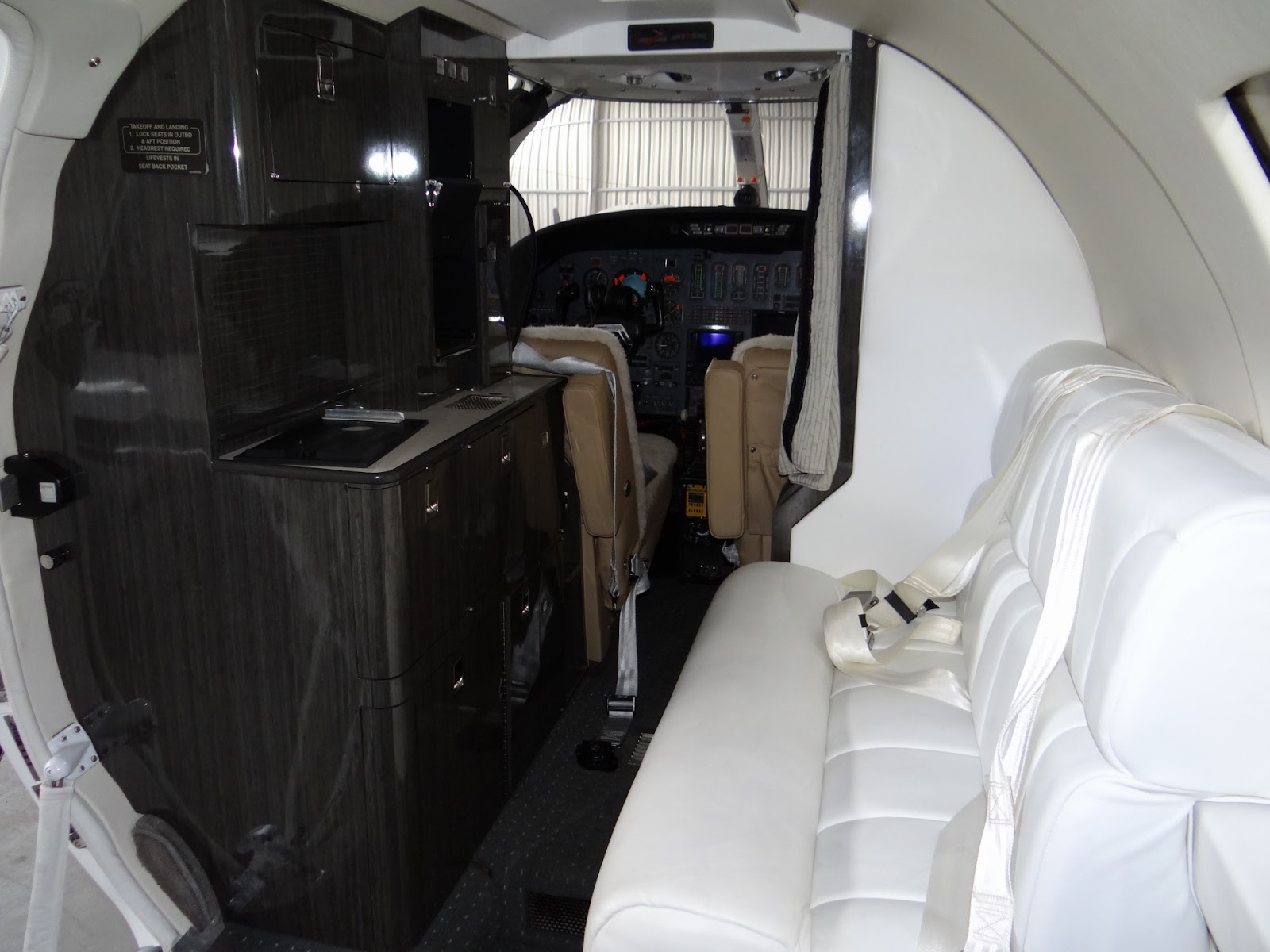 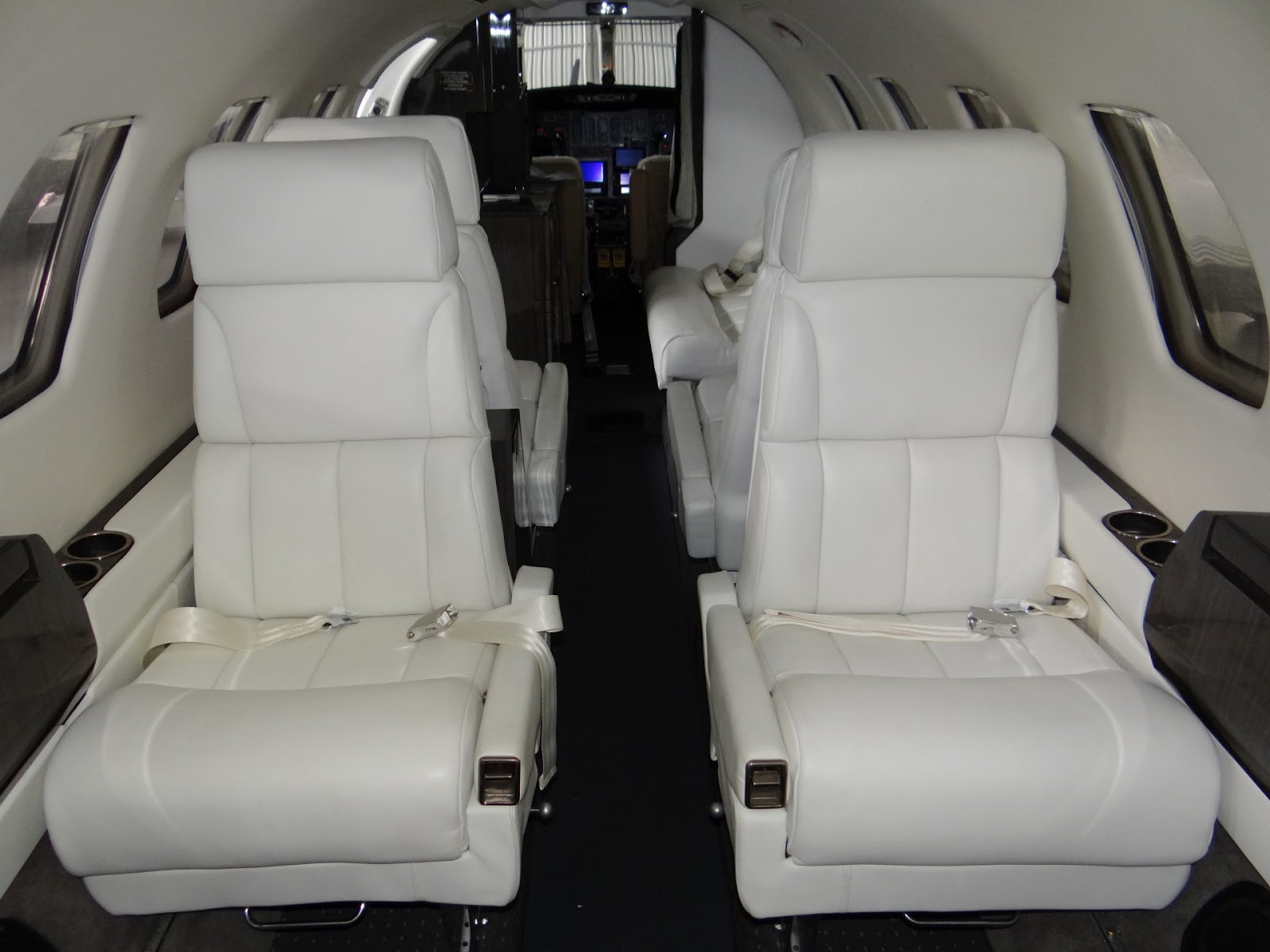 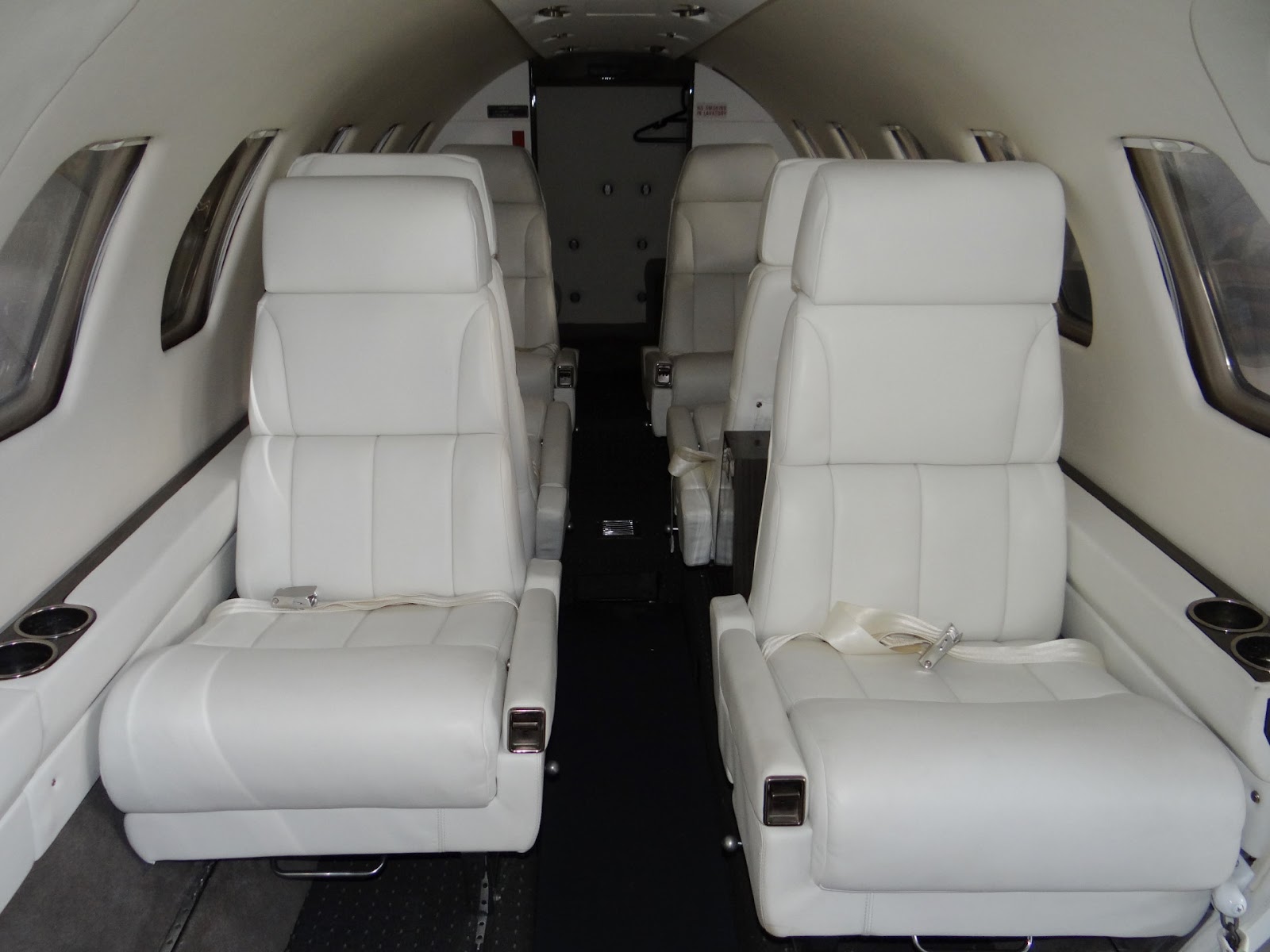