While visiting Rockhampton Airport earlier this month, was fortunate to catch up with a number of local operators including aerial agricultural company, R-MACH Aviation.

Nestled among other aircraft in the R-MACH Aviation hangar was a very interesting aircraft indeed, Lancair 4 (IVP) VH-XVP.

Purchased used from a United States based company and ferried to Australia from California via Hawaii, Tarawa and Cairns in September 2013, this high performance little plane was registered N43D until listed on the Australian register a few months later as VH-XVP.

As present, VH-XVP is undergoing a fairly big overhaul which includes the installation of a new twin-turbo charged, Continental TSIO-550, 6-cylinder piston engine and propeller, as well as an avionics update among other improvements.

Manufactured in 1994 and configured to seat 4 people (incl pilot) in a pressurised cabin, VH-XVP is capable of cruising at 310 knots. Wow ... that is very quick for a little, piston powered plane.

To learn more about R-MACH Aviation, click onto the link below : 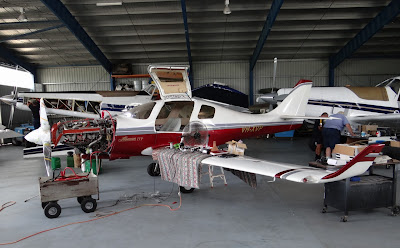 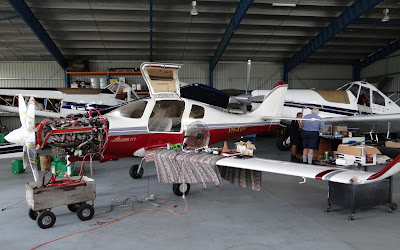 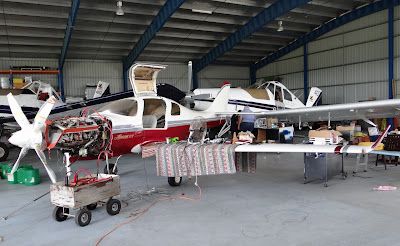 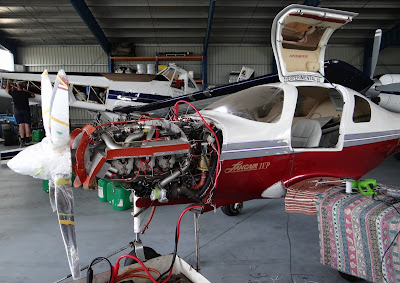 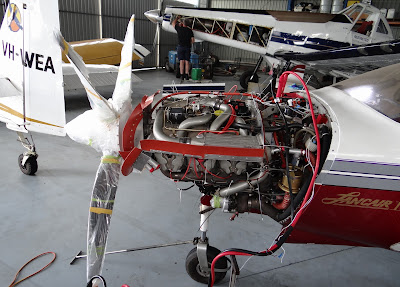 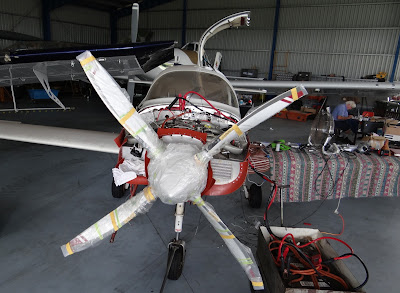 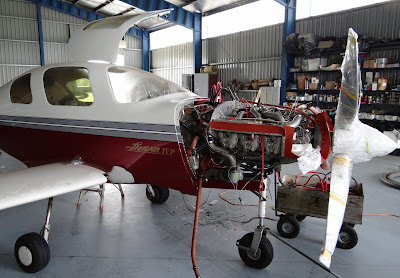 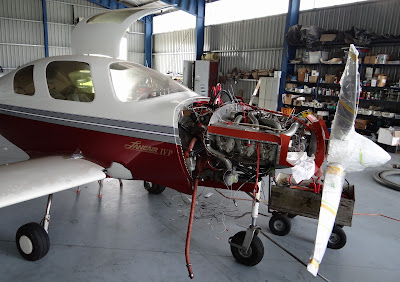 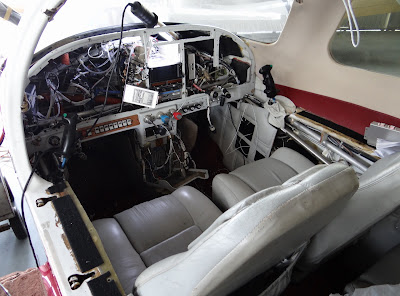