Most aviation enthusiasts will be familiar with Cairns based operator, Skytrans Airlines, and was deeply disappointing when the airline was placed into voluntary administration in January 2015 after 25 years of operations. However, after being purchased by Townsville based airline, Westwing Aviation, Skytrans Airlines returned to the skies in May 2015, albeit as a much smaller operator.

Prior to the demise of Skytrans Airlines (Mk1), the airline maintained a mixed fleet of de Havilland Dash 8-100 and Dash 8-Q300 aircraft, however, only a small number of 100's re-entered service with the operator.

While unsure of the exact number of Dash 8-100's Skytrans Airlines (Mk1) operated before ceasing airline services, (may have been about seven), we do recall three Dash 8-Q300's (VH-QQM, VH-QQN & VH-QQP) were part of the fleet.

While recently searching through archives, was pleasantly surprised to re-discover photo's captured of the three Skytrans Airlines Dash 8-Q300's while operating charter / FIFO flights between Brisbane and Biloela / Thangool Aerodrome in December 2013.

Due to the large number of images to be shared, a separate post for each aircraft will be generated starting with VH-QQM. To the best of our knowledge, VH-QQM remains parked at Cairns Airport in an all white livery and now owned by United Kingdom (UK) based company, Aircraft Leasing Limited, but leased to Hawker Pacific Australia.
All photo's in this post were captured at Biloela / Thangool Aerodrome in December 2013. 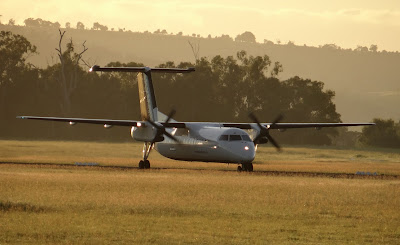 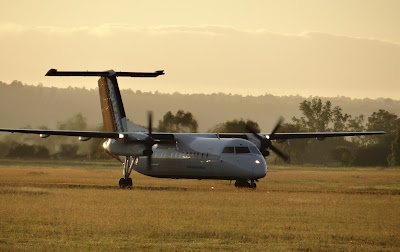 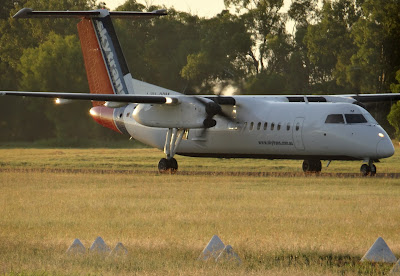 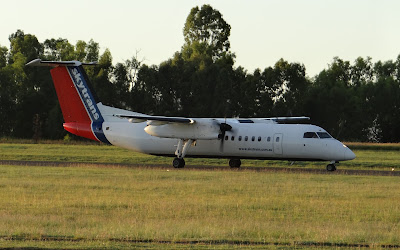 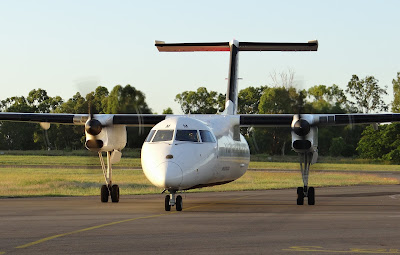 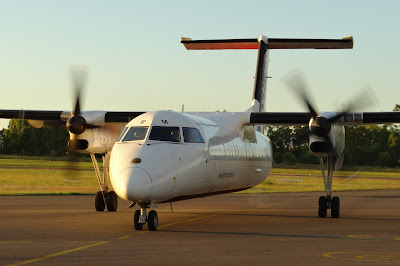 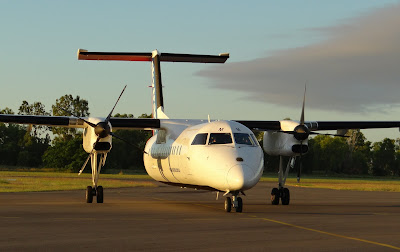 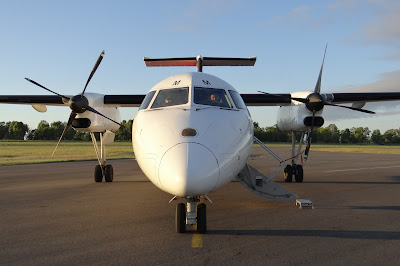 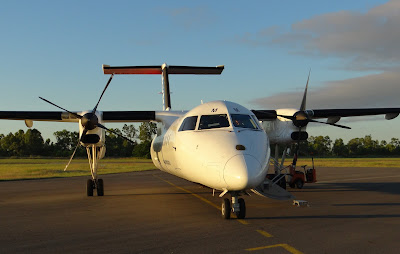 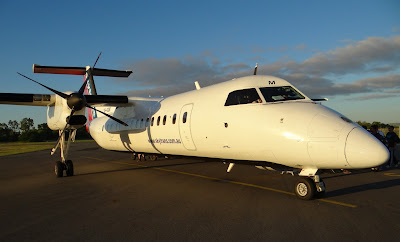 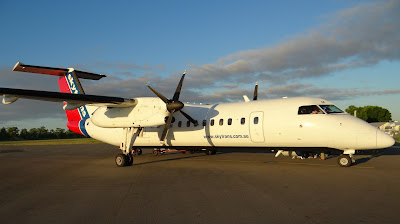 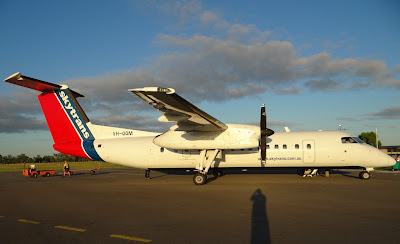 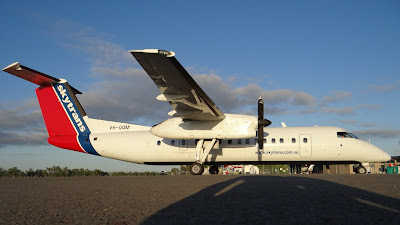 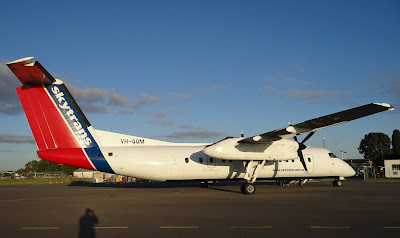 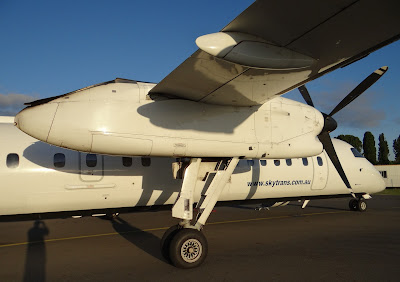 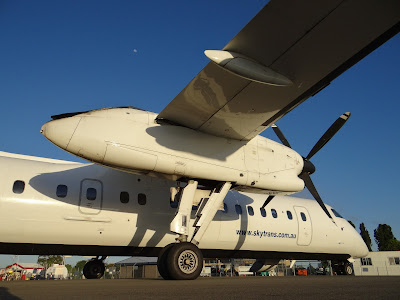 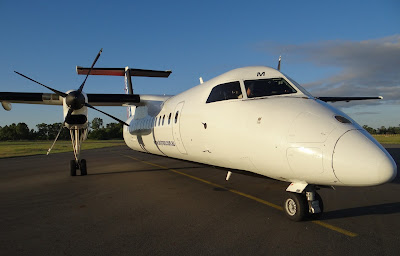 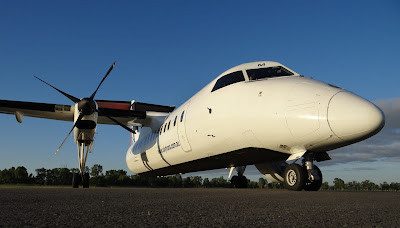 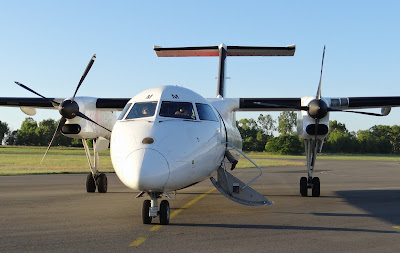 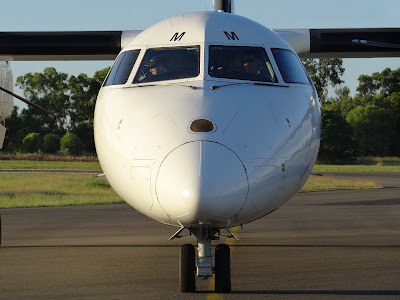 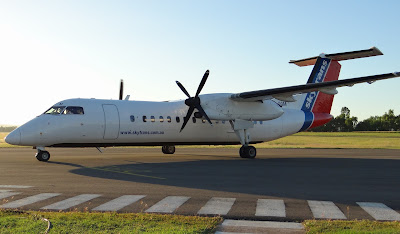 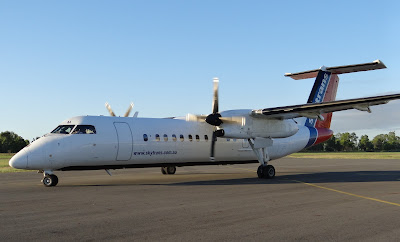 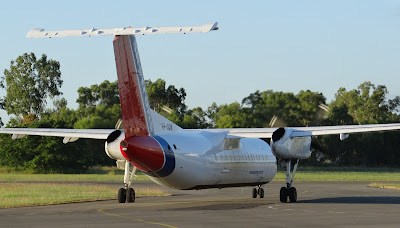 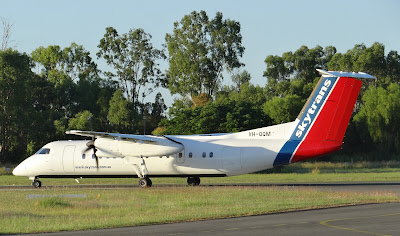