As highlighted in a previous post, I was pleasantly surprised to re-discover photo's in archives captured of three now ex-Skytrans Airlines de Havilland Dash 8-Q300's (VH-QQM, VH-QQN & VH-QQP) while operating charter / FIFO flights between Brisbane and Biloela / Thangool Aerodrome in December 2013 and decided to repost the photo's that originally appeared on sister website, Capricorn Plane Spotting.

If you missed the first post - ex-Skytrans Airlines de Havilland Dash 8-Q300 VH-QQM - click onto the link below :

Due to the large number of images to be shared, a separate post for each aircraft will be generated, and this time we take an airside (and inside) look at VH-QQN.

To the best of my knowledge, QQN remains parked at Cairns Airport in an all white livery and now owned by United Kingdom (UK) based company, Aircraft Leasing Limited, but leased to Hawker Pacific Australia.

All photo's were taken at Biloela / Thangool Aerodrome in December 2013. 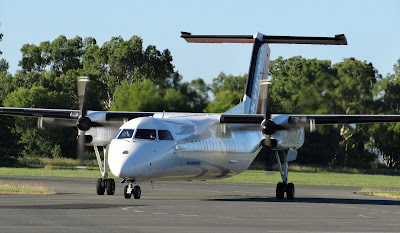 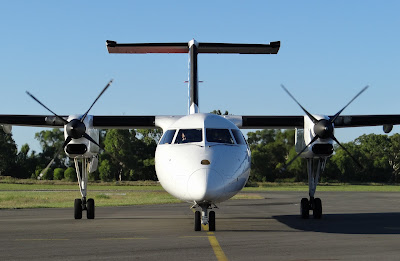 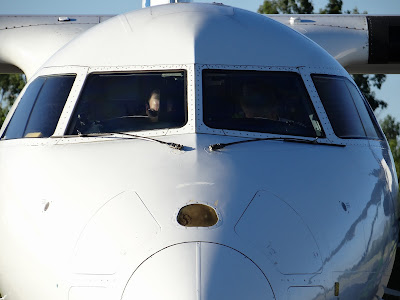 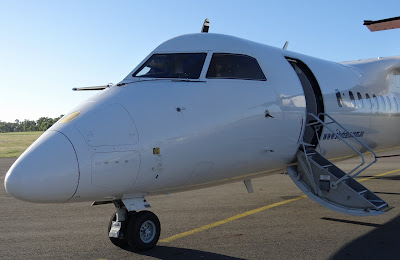 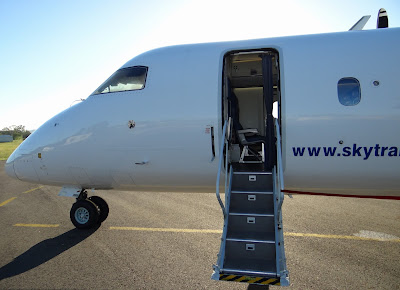 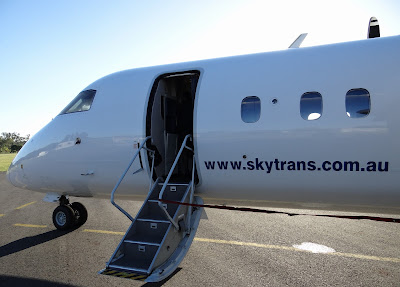 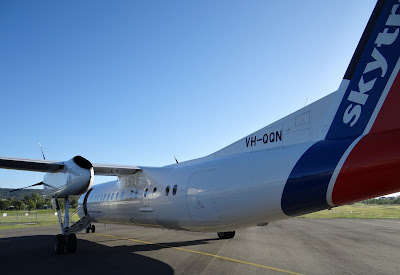 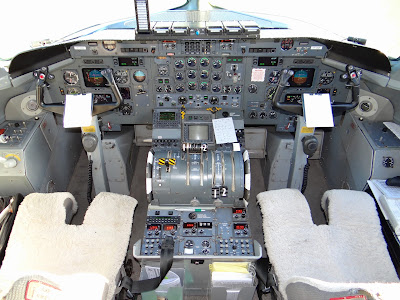 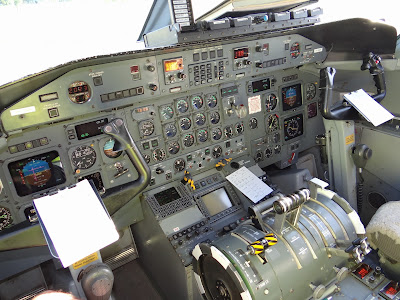 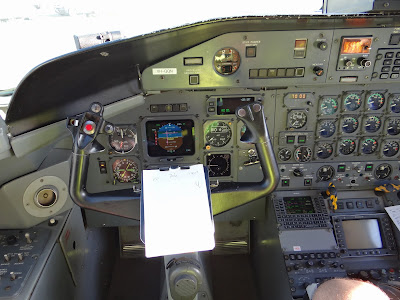 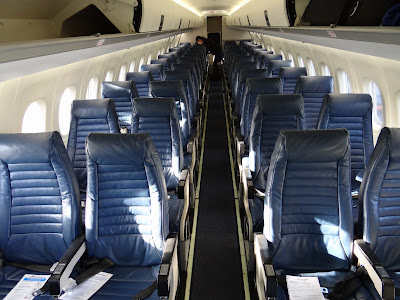 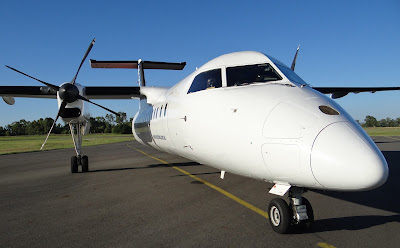 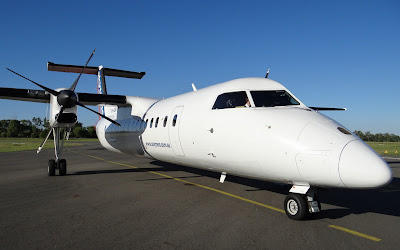 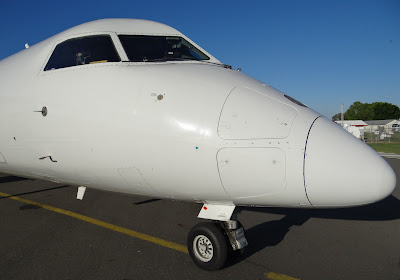 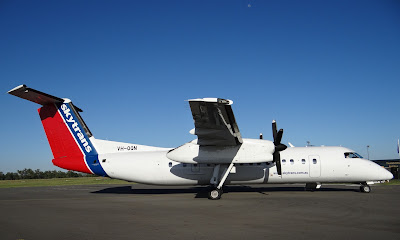 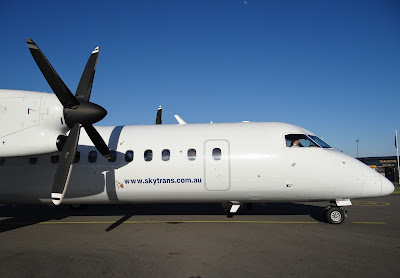 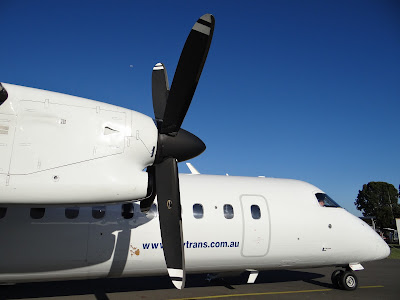 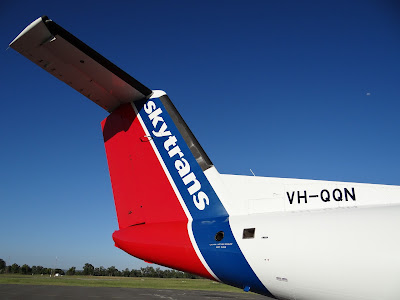 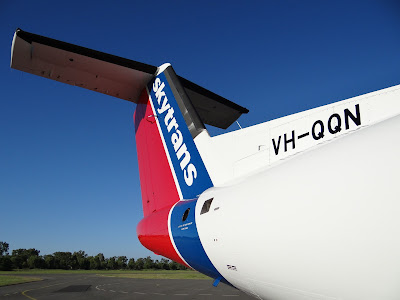 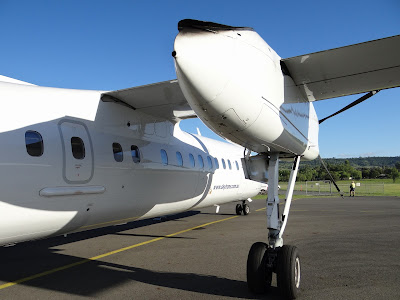 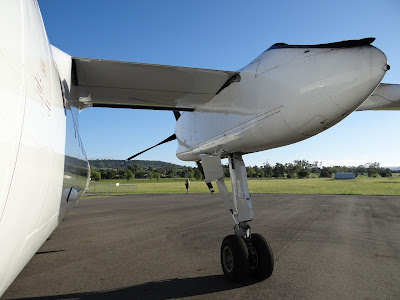 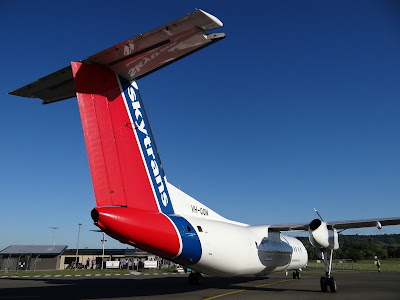 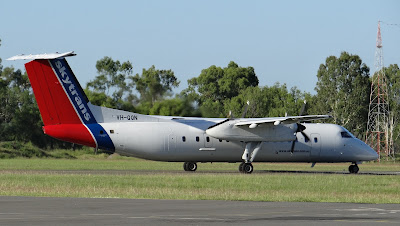 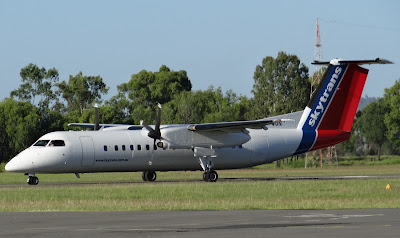